It was shortly after 16:00 when I spotted that young swan had climbed out of the lake. That's not unusual. She has a spot on the edge of the peninsula where it seems that she sleeps and has worn away all the grass there. 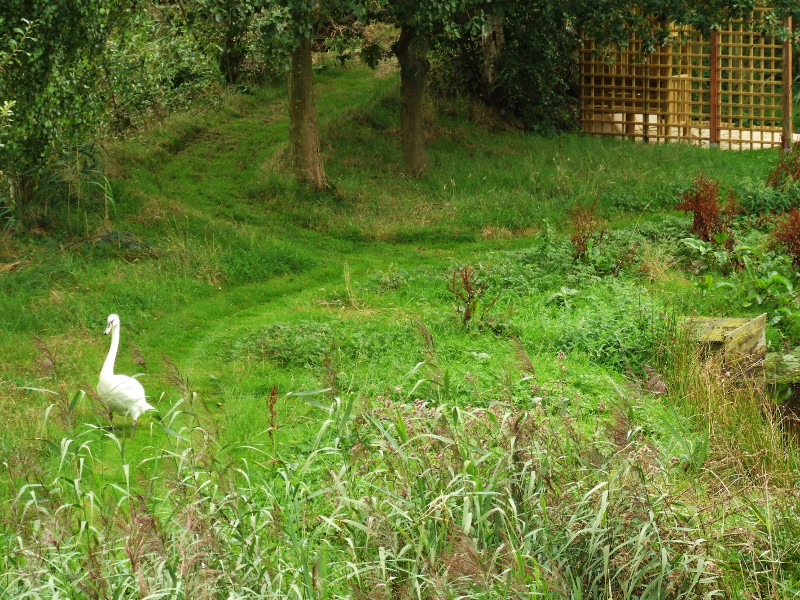 What was unusual this time was that instead of making her way almost directly across our main path so she could slip into the dyke, she made a left turn and started towards the house.

Slowly, as if wondering whether this was really what she wanted to do, she came on and half a minute later was still proceeding towards the house. 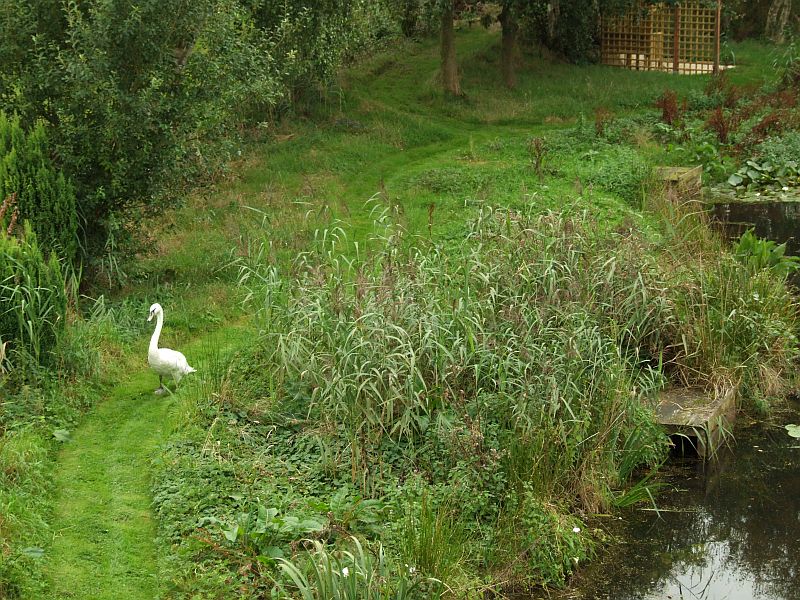 Then, moments after taking my second picture, she turned back, as if thinking better of straying too far from the water's edge... 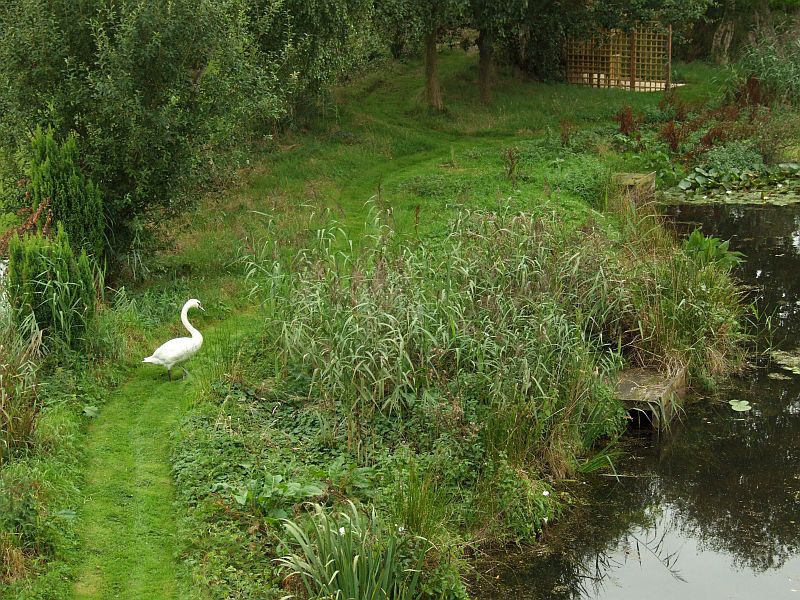 But then she turned again and this time kept coming... 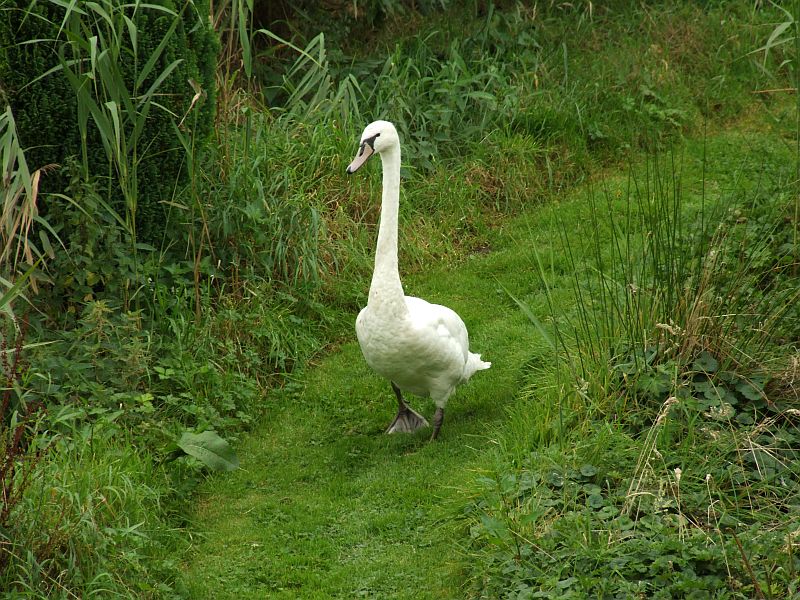 Finally, once she'd almost reached the irises by the end of the fence where the kingfisher had perched a few days ago, she made a left turn and then crashed into the water. 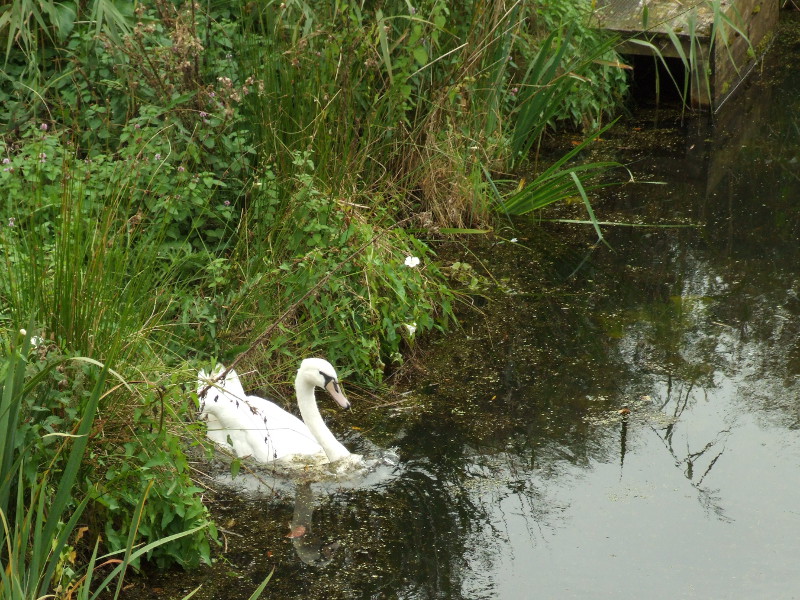 And that was it! I've no idea whether she was searching for a new way to the dyke, got lost, or just fancied some exercise.