A Swan, a Dragonfly, Vole Holes, Deer Prints and Fungi!

It was a glorious day and time for an inspection of the grounds before we were due to go to a party. I wandered around with my camera in hand. What brought me out of the house initially was an adult swan.

All summer we have had a young swan with us, which I last photographed on 7 September By The Cottages. Having an adult, with its bright orange bill, on the lake was a little different and it did make such a pretty picture! 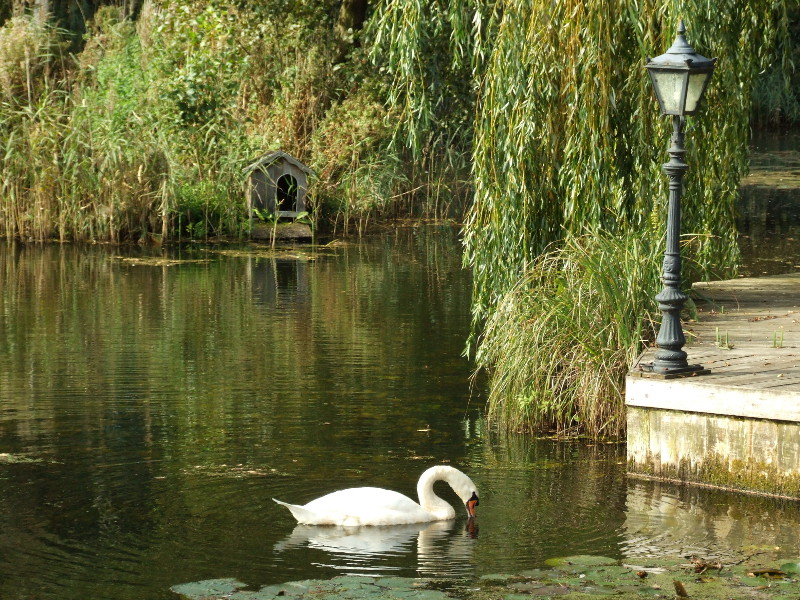 Leaving the decking behind the house and walking beside the lake I was surprised to see a Southern Hawker still about. It struck me that this would probably be the last I would see this year. 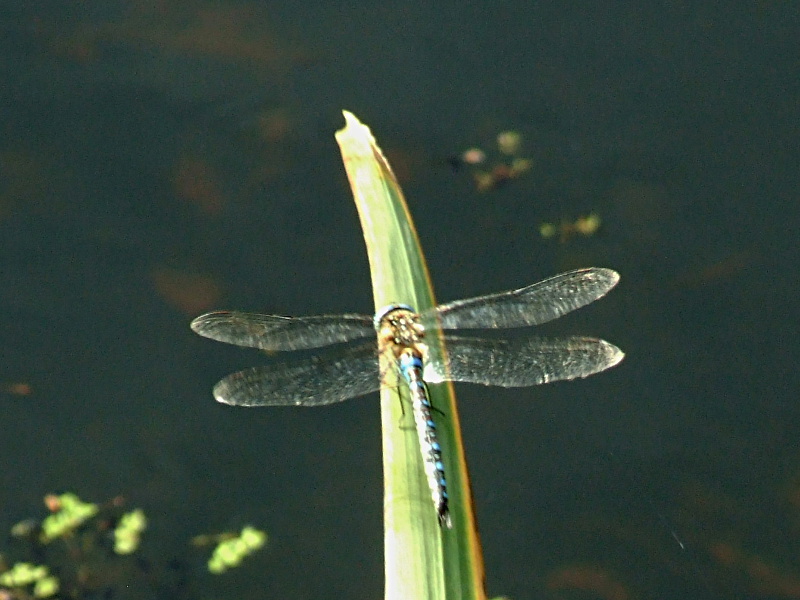 On the other side of the path is the dyke that separates us from our neighbours. Today there were two new holes that could clearly be seen in the far bank. These holes seem to appear and disappear with equal speed. I am never sure why this should be, wondering if the burrows get crushed and then abandoned after our neighbour runs his ride-on lawn mower over the top, or if there's some other cause. 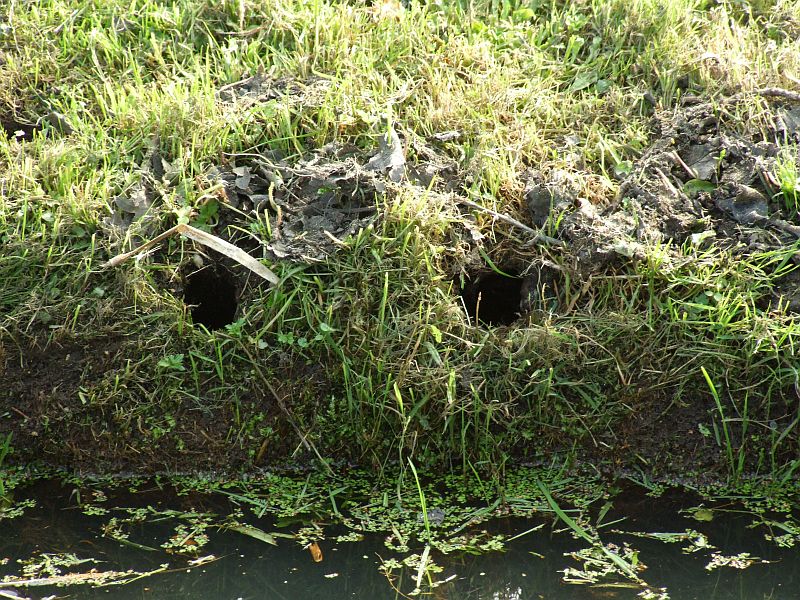 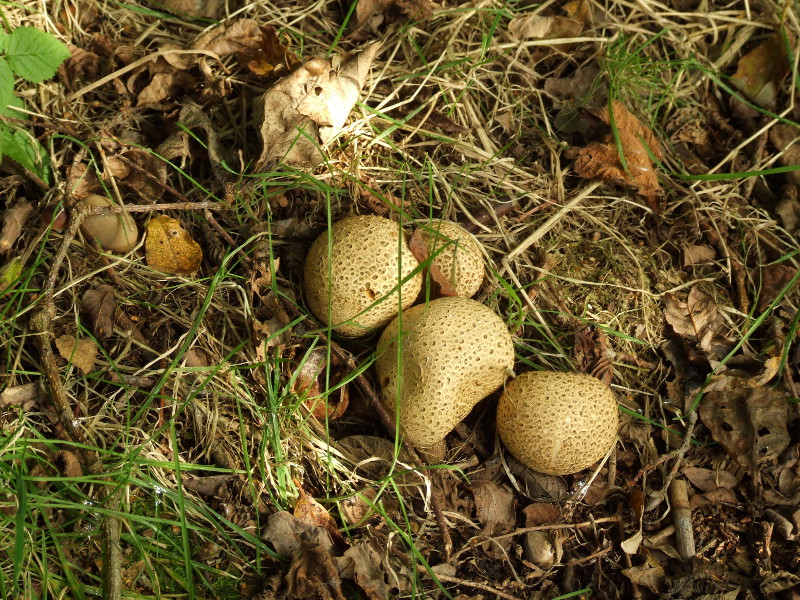 Also on the corner near the fungi I noticed the trampled ground and down that I associate with a swan's roost. I did wonder if this was where our visiting swan had spent the night as our resident youngster has its well used roost on the peninsula behind the main island. 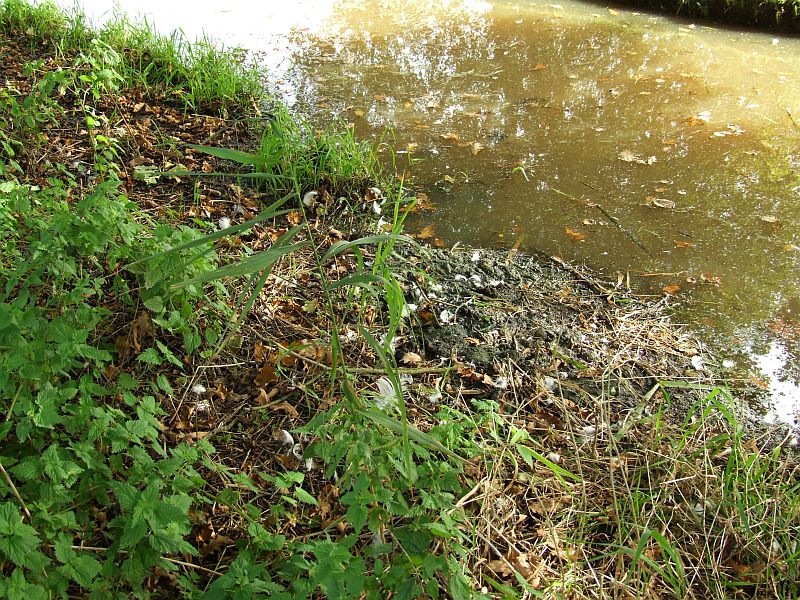 Finally, I completed my tour by walking the "New Path" that runs beside the rear dyke, which I created earlier this year. In the soft mud it was easy to see deer prints as the path makes its turn in the north west corner of the site. 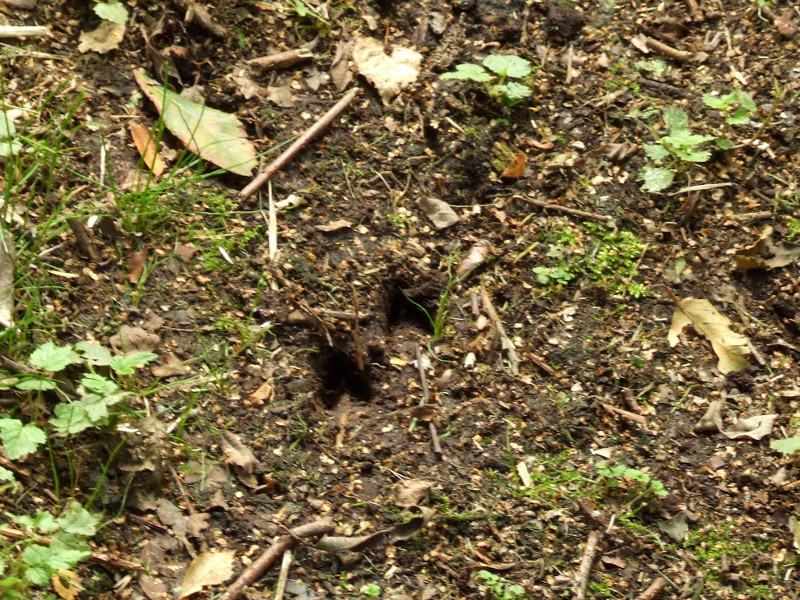 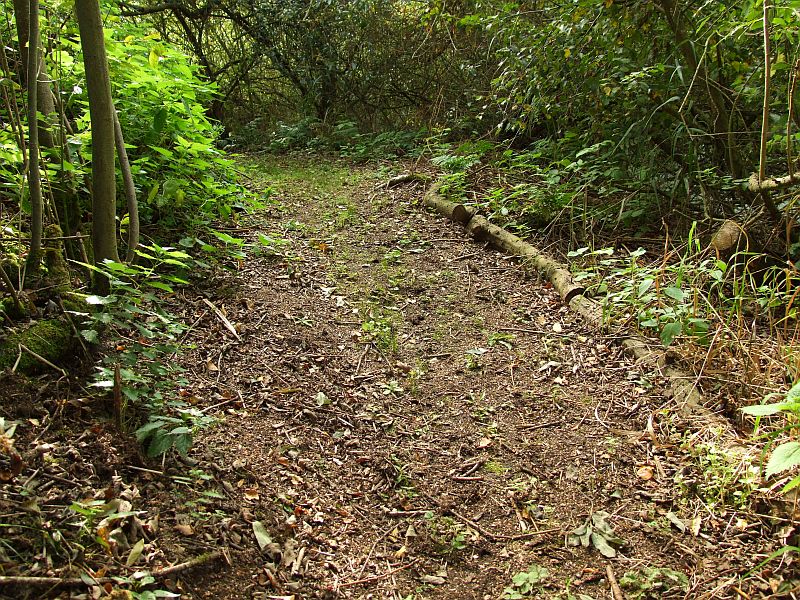 The last photograph is just to remind me of the general location of the prints in the previous picture. I still await the time I actually see a deer in the grounds of the house. It would also be good to see something other than Muntjac Deer. Maybe I'm misjudging things but the prints we always see seem too small to be anything but the smallest of the deer we see in this part of the world.