Next Topic ›
Posted by

It was approaching 08:40 and pouring with rain when, once again, there was an otter to be seen in the lake. I dashed upstairs, grabbed the camera and took my first blurry shot. 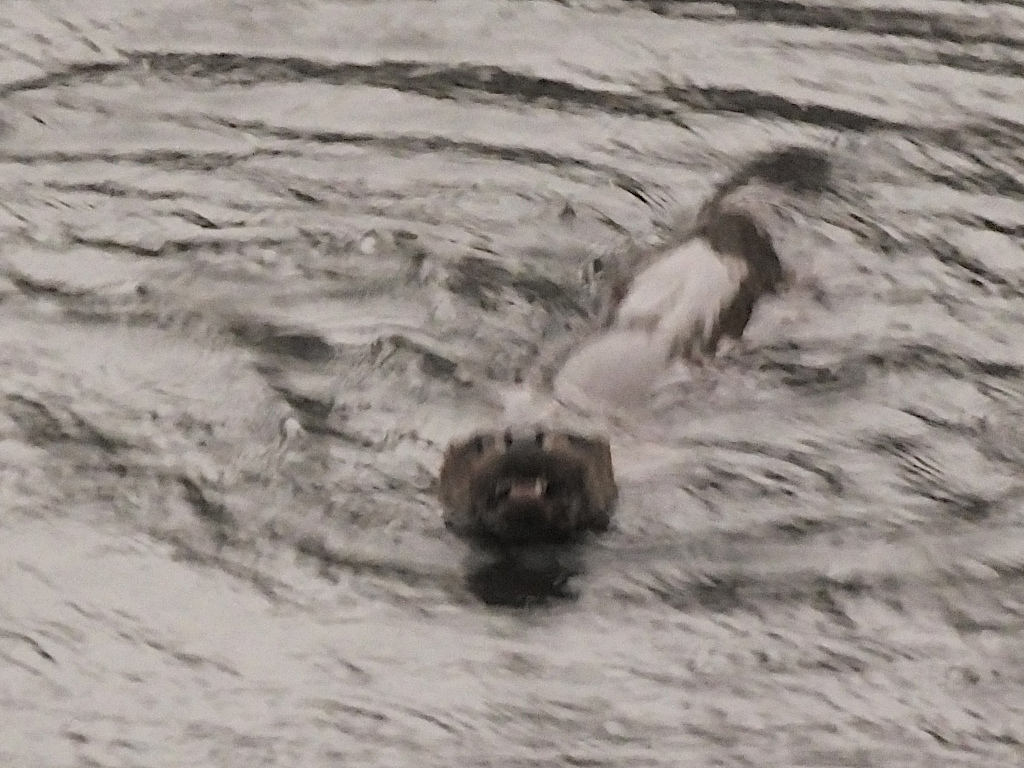 The otter dived, and dived again, this time coming up with a fish in its mouth. It immediately swam for the bank and came ashore amongst the reeds close to the decking behind the house, just where one had in January 2018. 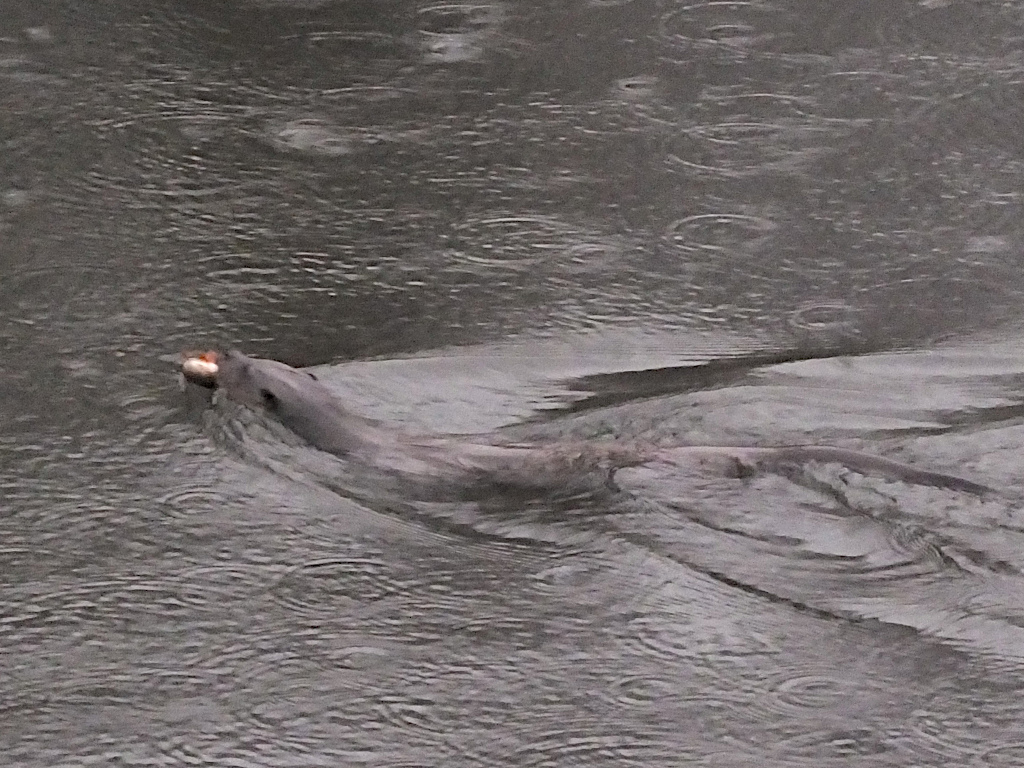 It stayed there a minute or so and then dived again, and was last seen making its way under the boom that runs from the duck house to the decking round our lawn. 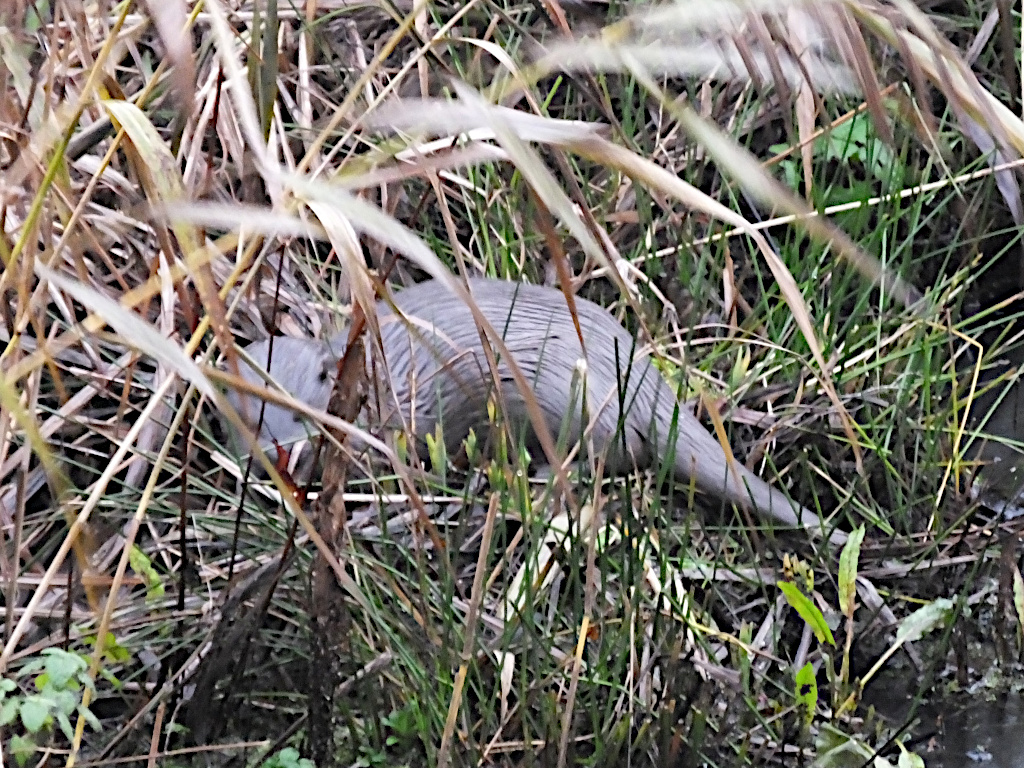 Diana and I were watching the lunchtime news on TV.  The TV is beside the window that overlooks the lake and, just out of my line of sight I became aware of a stream of bubbles on the lake emerge from under the bridge approaching the house. Yes, the otter had returned, almost as if it had taken a four hour tour around the island. 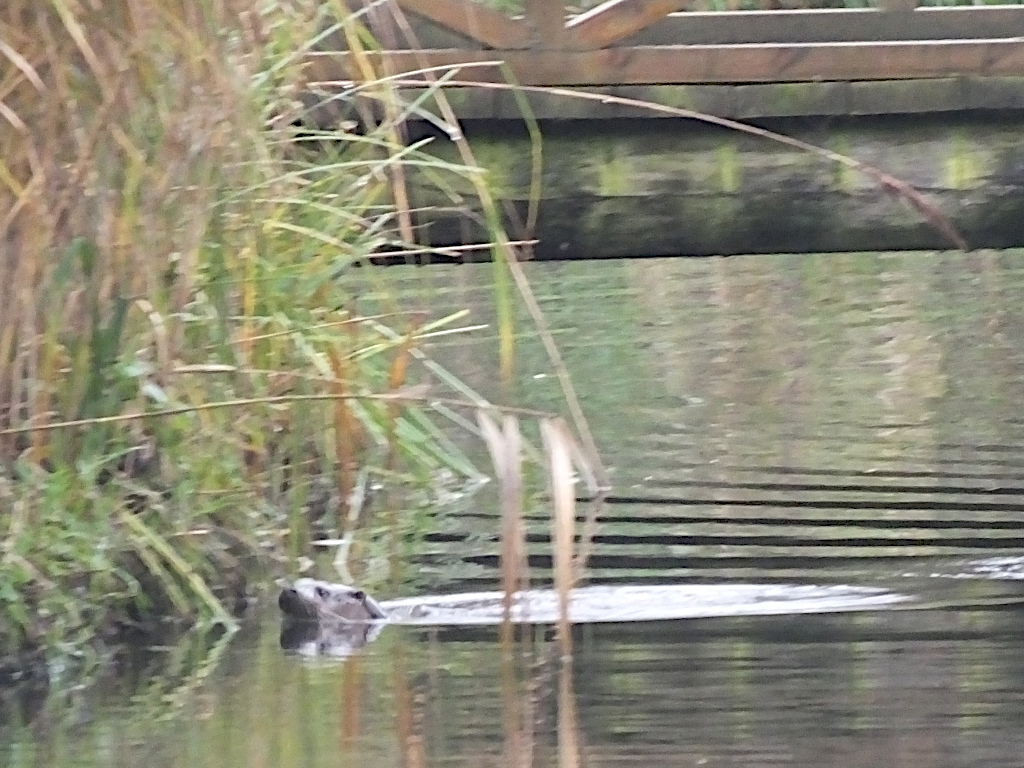 By the time I had found my camera it had made its way across the like to the opposite bank. It carried on coming towards us and I think it may have just swallowed a fish when my shutter went for the second time a couple of minutes later. 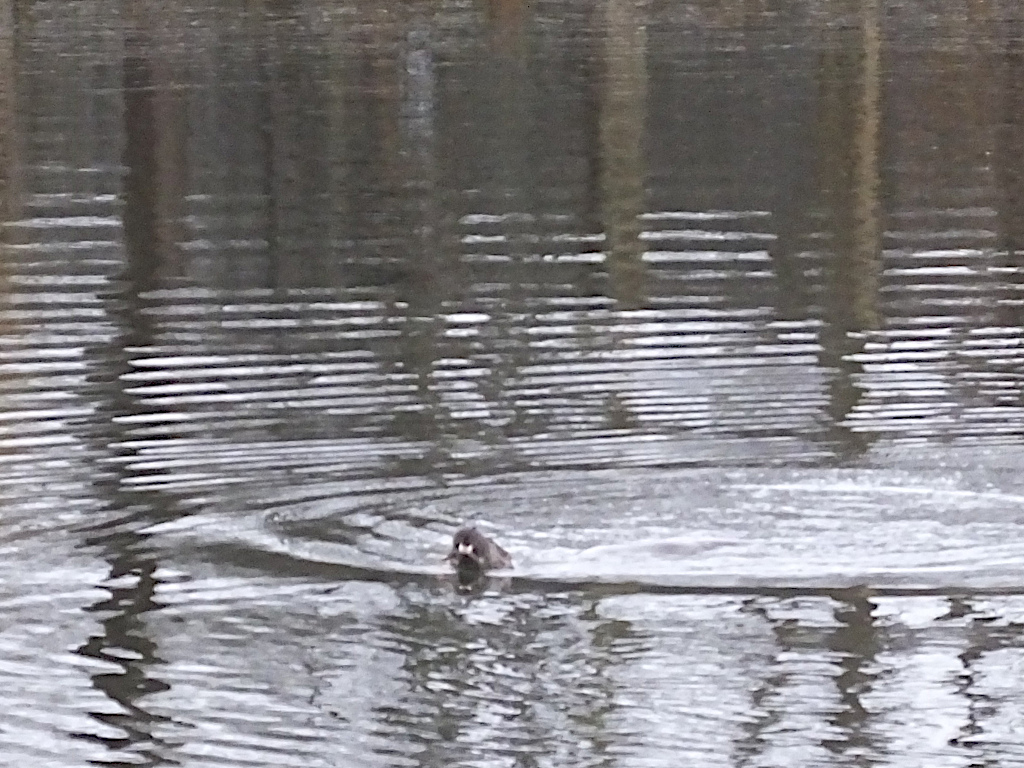 It was a pose that I had captured in February 2014, the first time I had caught the otters on camera. 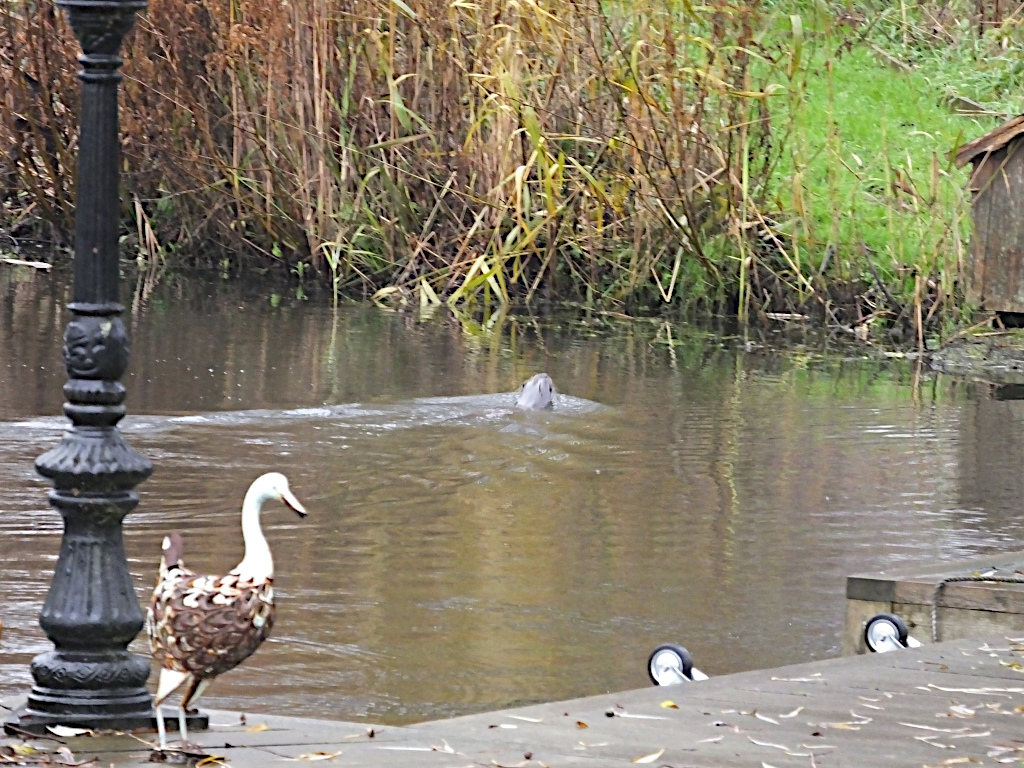 Another minutes later and the otter was close to the house, but then it swam towards the duck house, where it dived and, as in the morning, wake could be seen beyond the boom as it made its way behind the cottages.