A Month Of Lake Views

It's time I showed another collection of photographs of the view from the bedroom window. We'll start with today's image, taken just before 08:30. The most obvious change from the earlier photographs on today's post is the path on the early part of the path round the lake. 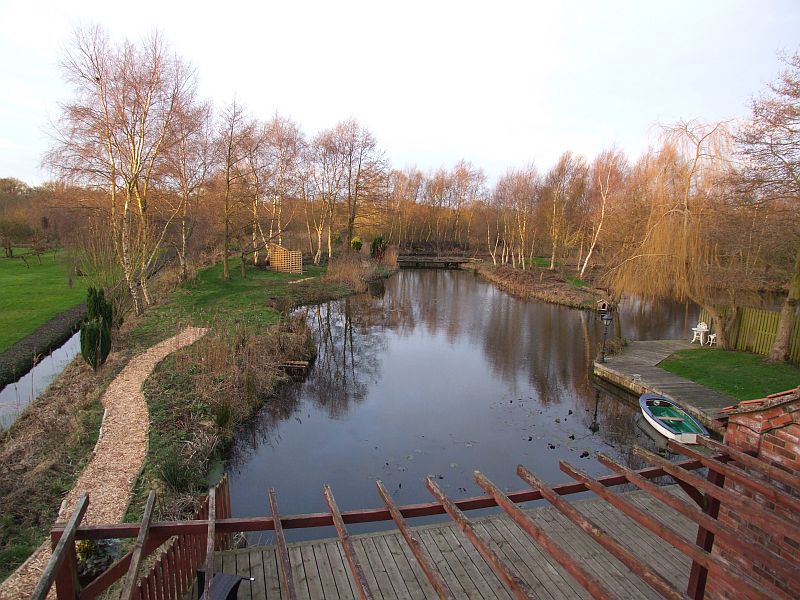 With the late autumn rains the ground just beyond the house had become saturated. On moving in, in the spring of 2013, all my time was concentrated on the house and I didn't notice how low the ground was at this point and how damp it was. Similarly, last winter I rarely walked the grounds more than once a week.

However, after several weeks of regular visits from "The Green Team", and the constant traffic back and forth, the path had become unacceptably squashy with the grass disappearing as fast as it would round a goal on a school playing field.

The decision was made to lay logs, created from some of the felled trees as edging and surface the path with chippings from other timber felled by the team, the result a three inch deep bed which remains dry and is much easier to push a wheelbarrow over. 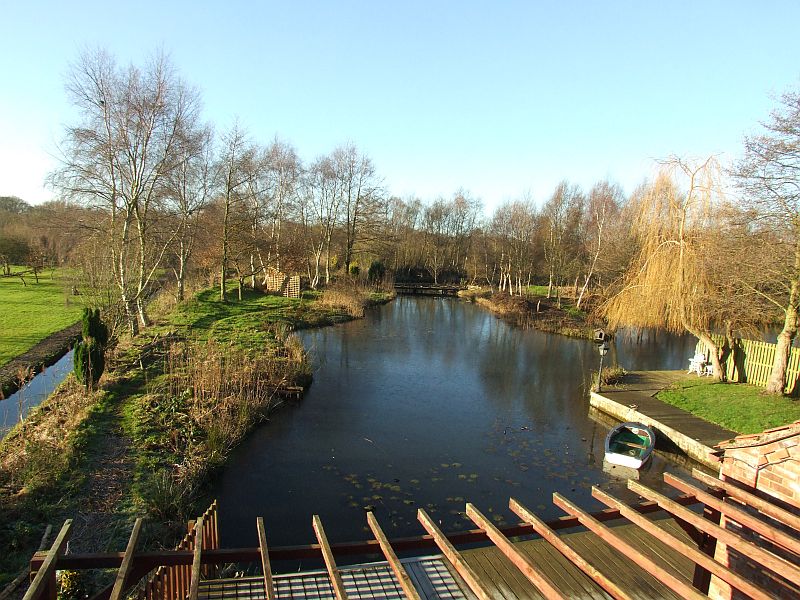 Above, is the view ten days earlier. Here you can see the state of the path as it was, before the chipper was hired that helped to provide the material for the path.

Looking at the island, you can see that while I claimed that the island had been cleared of nettle and bramble a week before, there was still work to do. I was still to finish cutting back the reed on the edge of the bank closer to the bridge.

The other change you may notice is that there appear to be a few more lilies in the water close to the house, although maybe that is a trick of the light as you certainly cannot make out the the lake was frozen over. Perhaps the only clue to that is that the reflections of the trees in the lake appear more blurred than when the lake is ice free. 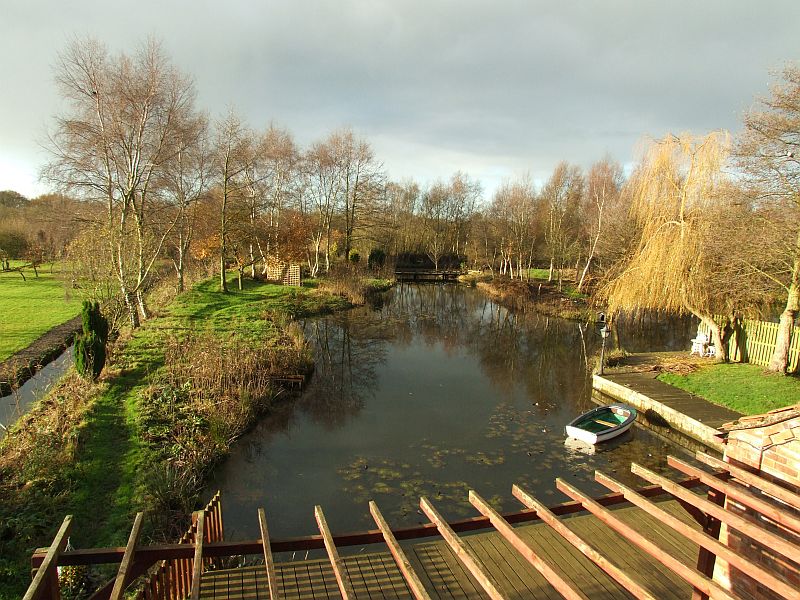 Going further back, we now look at the scene as it was when I declared the island clearances complete.

This pictures shows that I was still to finish clearing up the decking. Under the willow, the remains of willow trimmings and weed are to be seen. Both taken to our "compost dump" behind the arbour seat, later in the day. 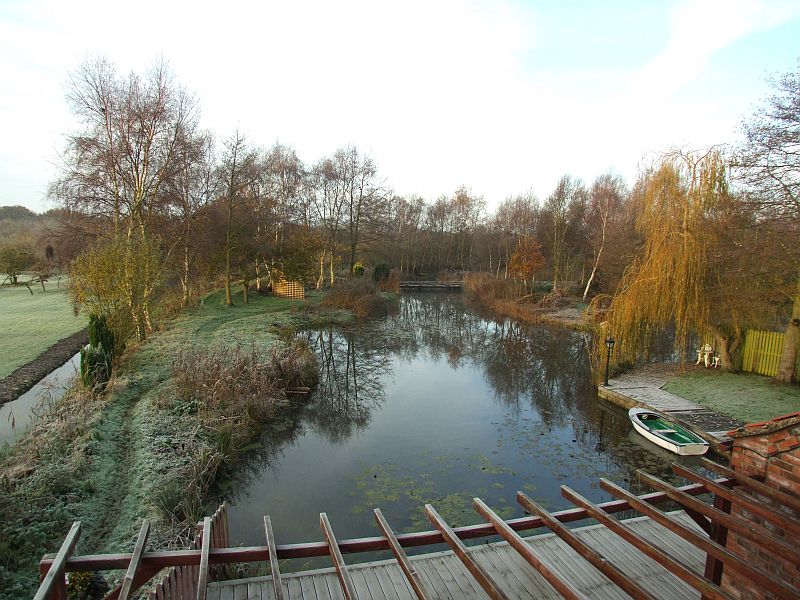 It's easy to see the effect of the later willow trimming in this picture, taken on 25 November. You can also see the beginnings of the island clearances on the area nearest the house, although near the bridge there is still a lot of growth on the bank. 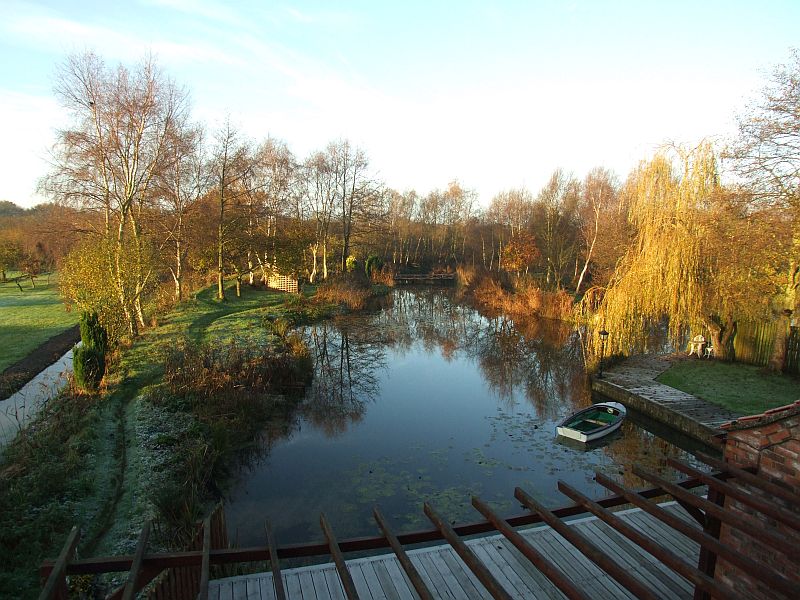 Finally, in this collection, just a day earlier on 24 November, you see the island before the clearances became visible from the house. This was just three sessions into the work of "The Green Team" and already the path is beginning to get cut up.