This is the third year in the cycle and it was turn for the lake banks behind Ruston House to be cleared. Part of the objective is to ensure that there are no alder and other saplings growing that, if left unchecked, will eventually fill the lake with the leaves that they drop each autumn and partly it is design to ensure that fresh young growth is encouraged.

The month's Lake Views show this was completed by Sunday 19 February and the photographs that follow have been taken on that day and over the following week.

The basic problem was that a strimmer was used. While a strimmer may speed up the initial cut, the swinging action usually used generates many short cuttings which are sprayed in all directions with at least half going in the lake. 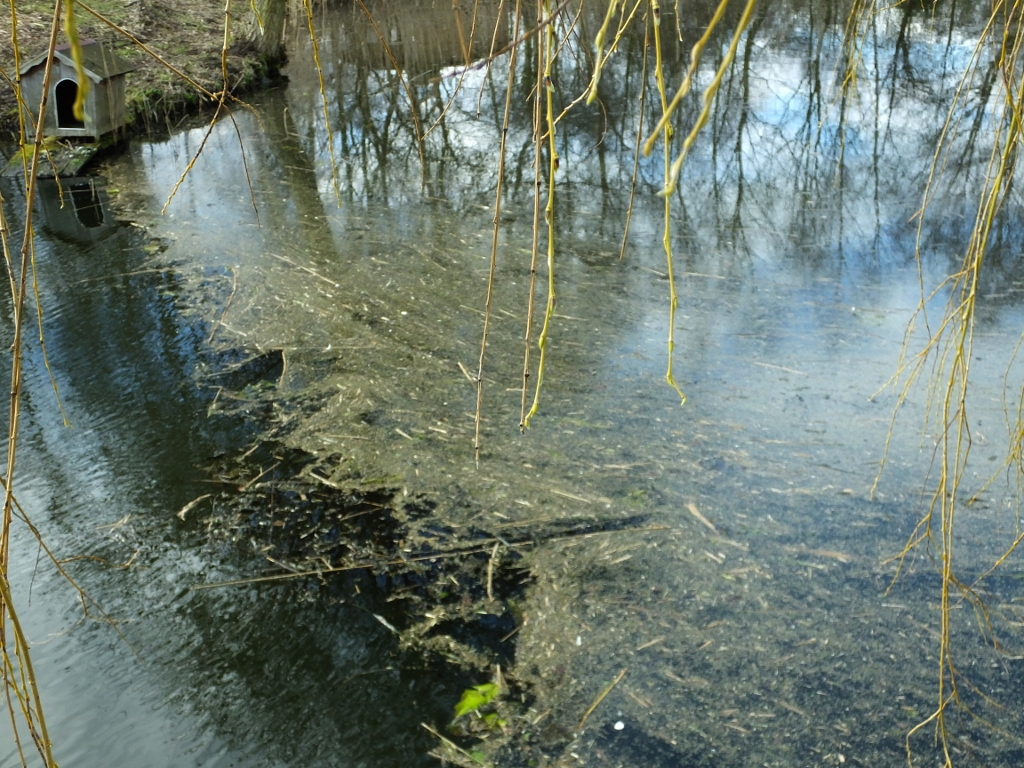 Here we see a mass of chopped reed cut on the cottages side of the island and, blown by a northerly breeze, accumulating on the  boom stretched across the lake from duck house to fence. 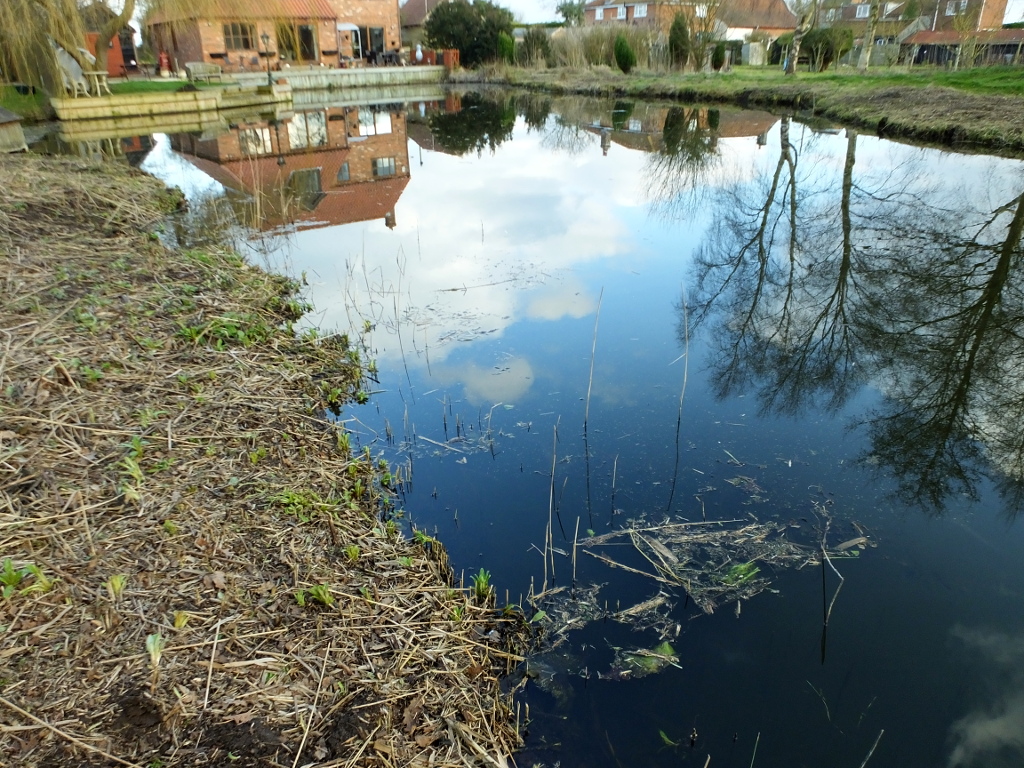 Above we see some of the chopped reed cut on the island in the area behind the house. 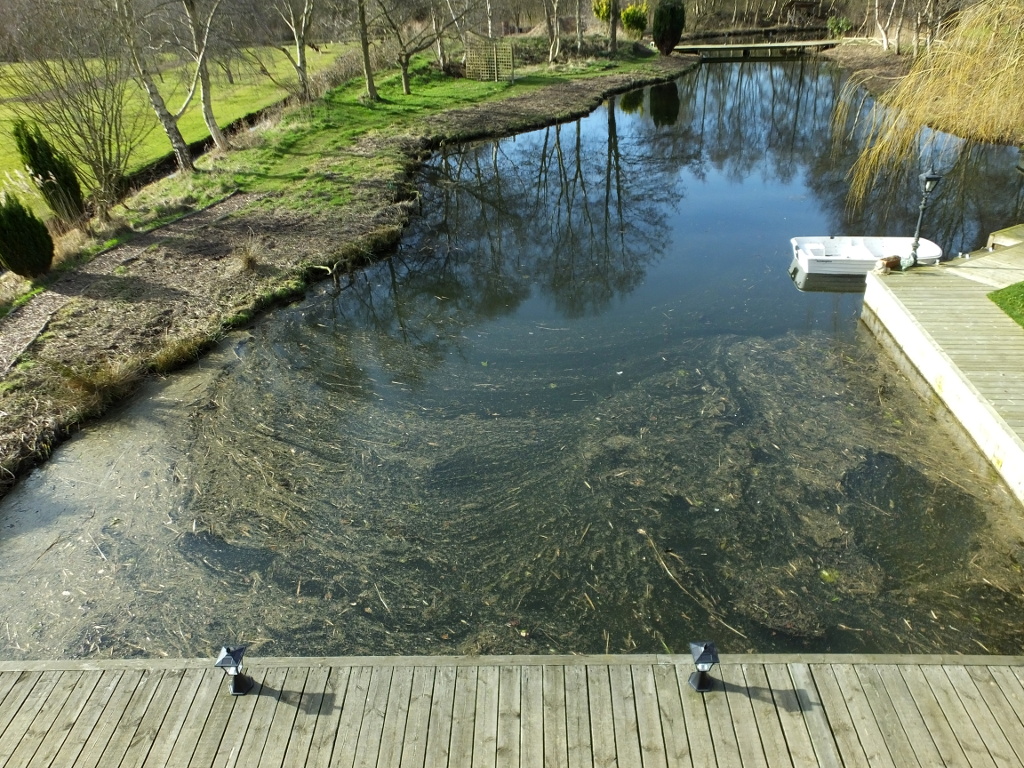 On the Monday most of the cuttings have found their way to the area immediately behind the house... 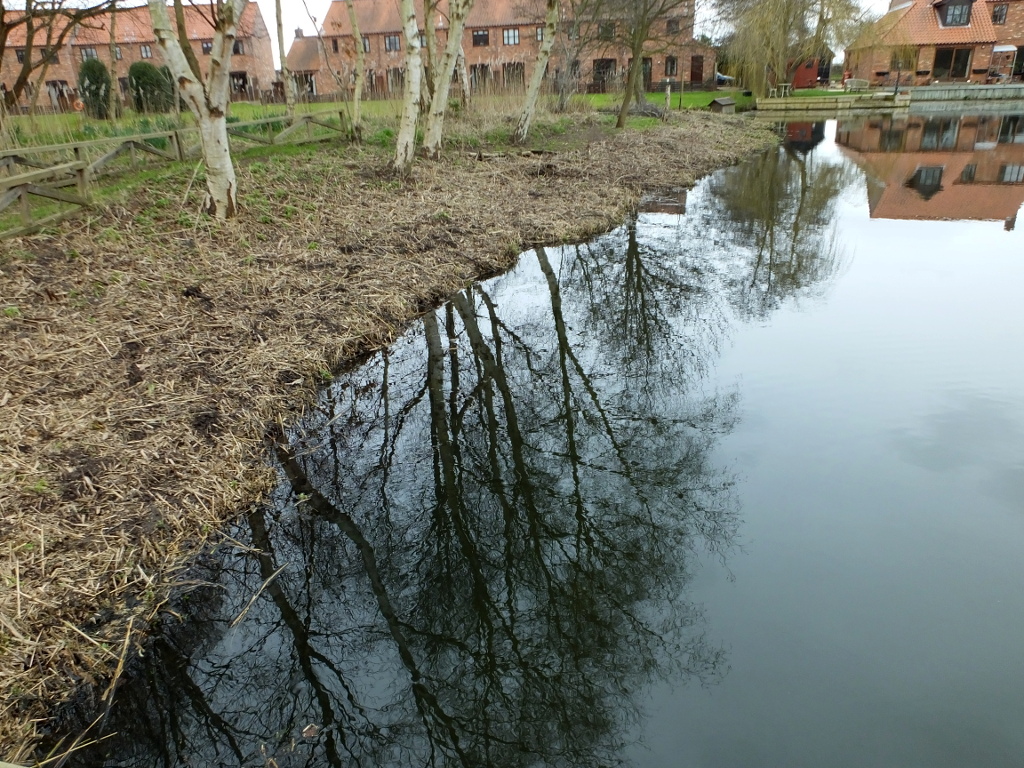 ...with the area beside the island looking completely clear on the Tuesday. 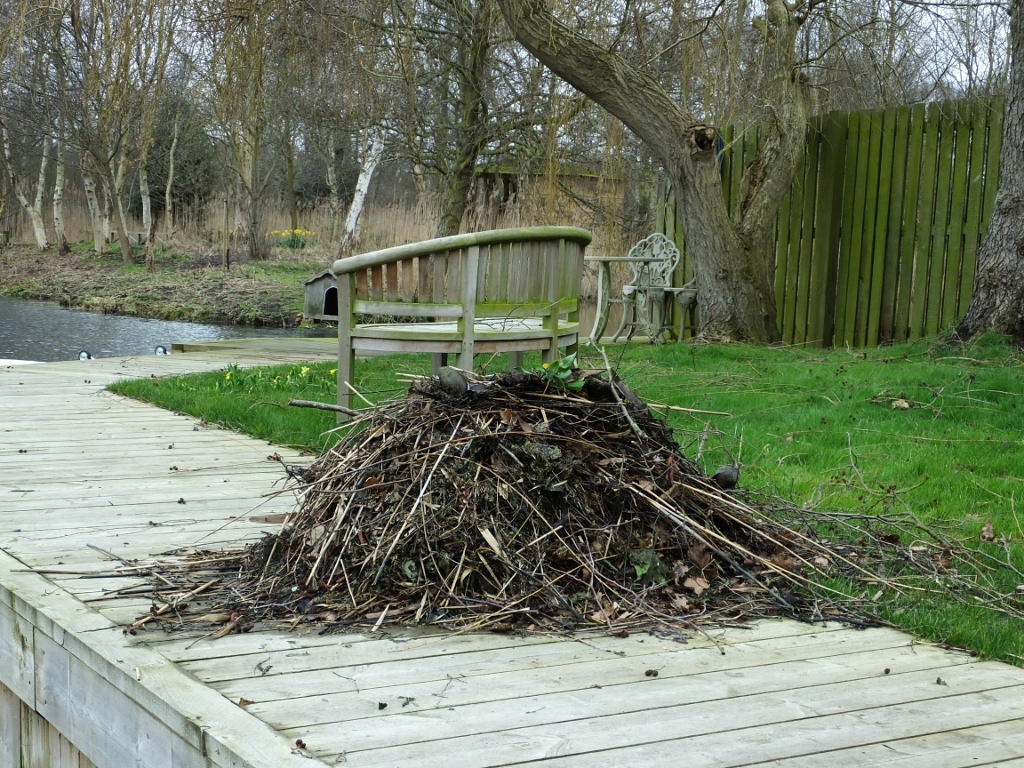 However, after varying winds, the chopped strands and reed leaf is still distributed all round the lake and by today as much as possible of the floating garbage that had accumulated behind the house was being raked from the lake and... 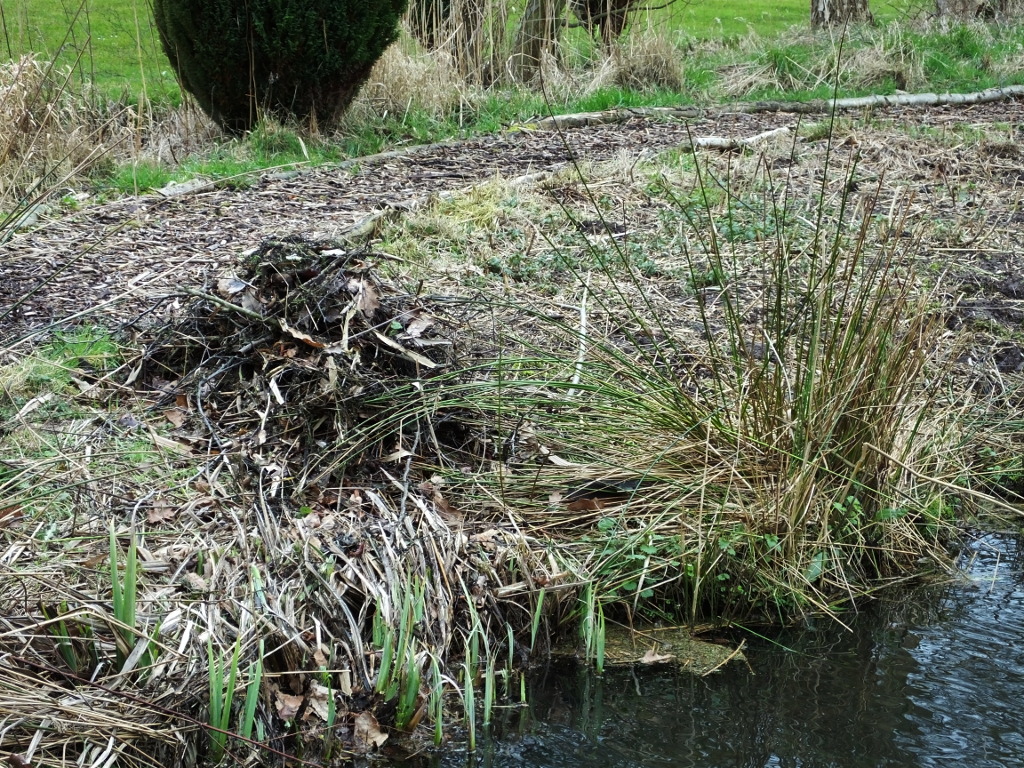 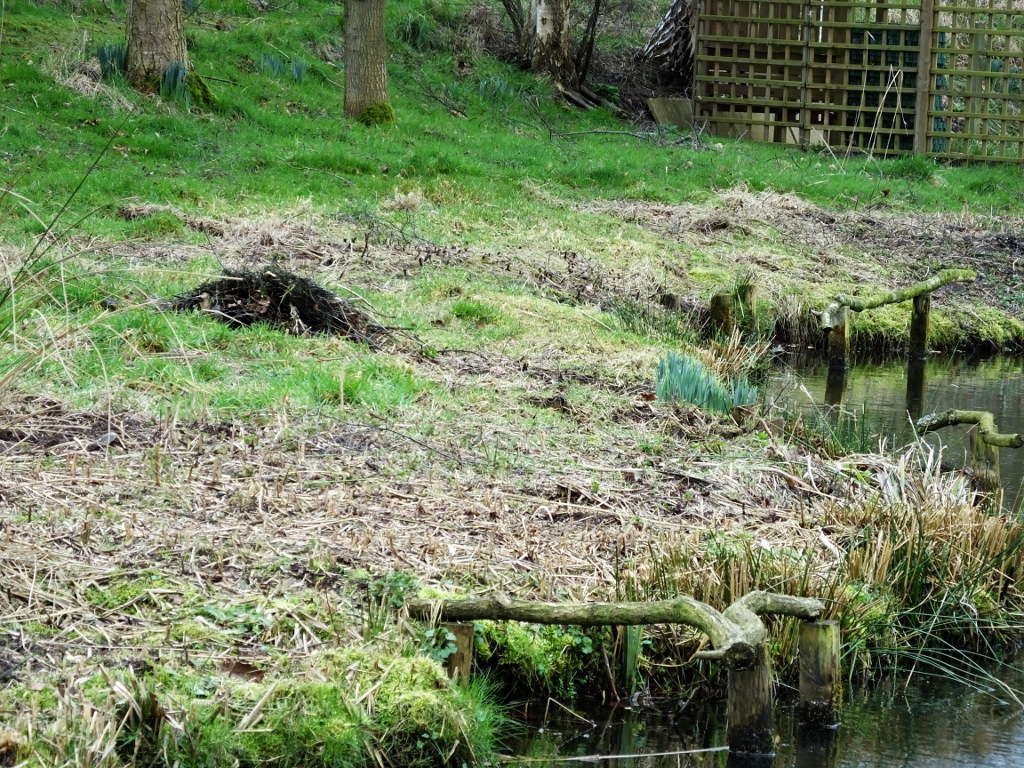 ... on both sides of the lake behind the house.

This is not something I want to see happen again. Wild strimming will be banned! It creates more work than the time it appears, initially, to save.