It was another weekend with guests. Diana's daughter and her partner were due to leave after breakfast. At around 09:20 I managed to get to my camera, kept in our bedroom, before the kingfisher that I had spotted disappeared. 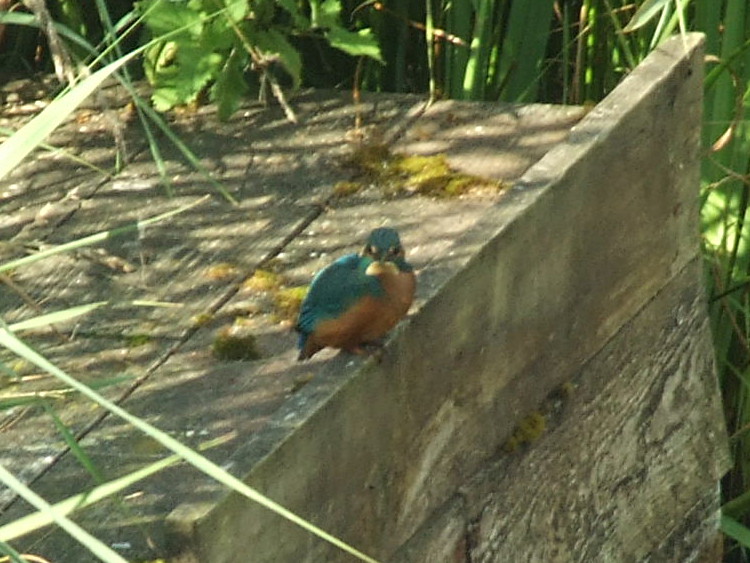 I've now learnt that is it not worth trying to open a window to get a better view of your subject until you have at least got one usable shot through the glass. In most cases, whatever it is you are trying to take a picture of, will take fright and disappear as soon as they hear the rattle of the catch on the window being opened.

So it proved this time. I really wanted the bird a little further along the fishing stand and in full sunlight. As it was all I got was the bird in shade, when it's plumage doesn't show up half as well. Let's hope for some better luck next time!