I woke up to see our young swan come under the bridge, apparently patrolling the lake. But it was at 11:20 this morning when I spotted a kingfisher perched on the last upright of the fence at the end of our decking. It was the first time I had seen this used as a perch. 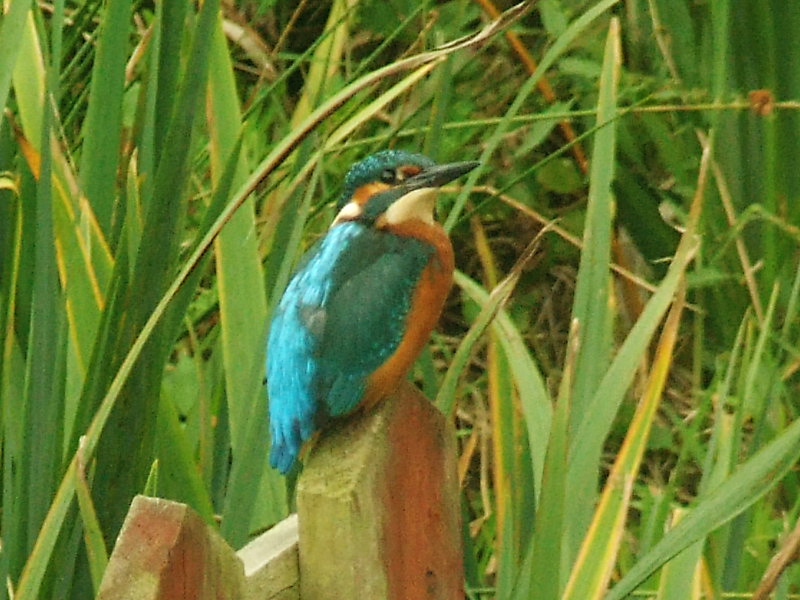 I was able to rush upstairs to grab my camera and take the image from there. A few moments later and the bird had flown, but staring down into the water made me realise what I had missed in the photograph I'd taken when I woke this morning. 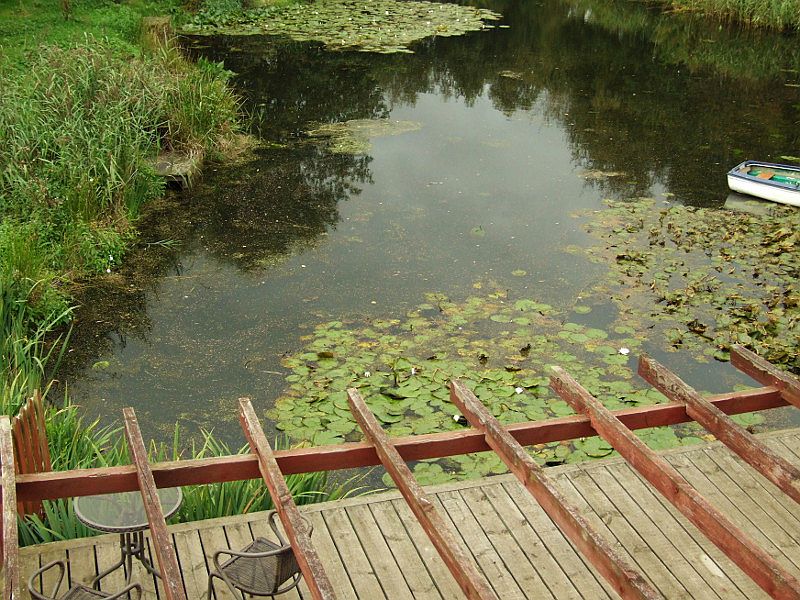 With the long shots down the lake the reflections of the sky mean that you don't see down and into the water. Staring down at the water beside the fence which the kingfisher had just abandoned I realised that you can see that in spite of my efforts to control it there is still a huge amount of weed growth just under the surface.

This morning's photo shows that the white flowered lilies, near the table on the decking, are still extending their area. It's also notable how the water level in the dyke to the left is extremely high. 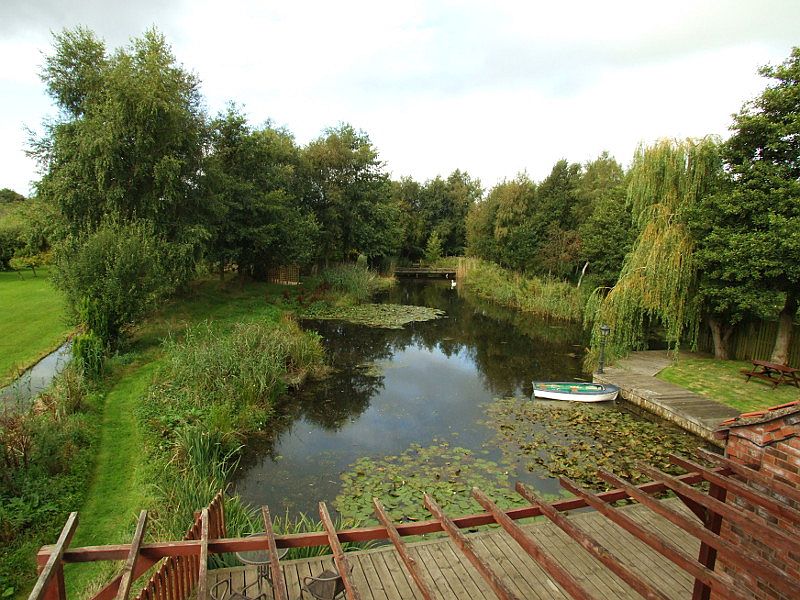 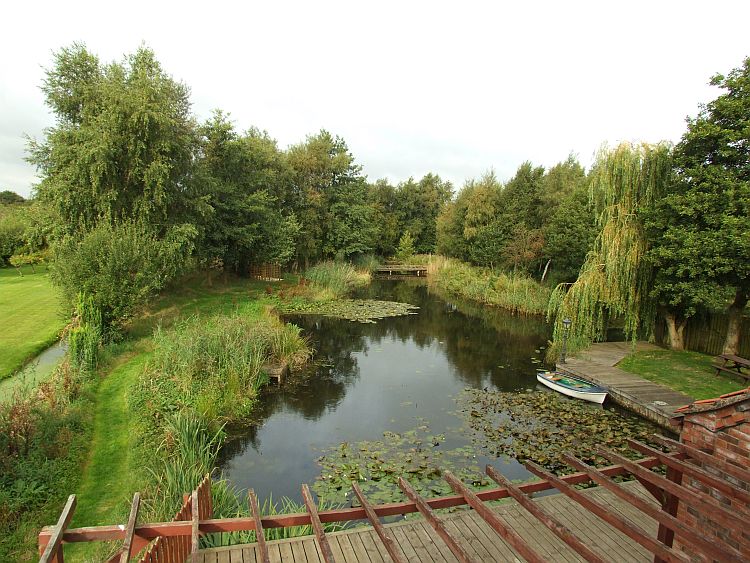 The image above is for comparison and was taken last Friday. In fact, water levels this year have remained high throughout the summer. This, being only our second summer at Ruston House, I have no idea whether it is this or last year which is more typical. Last year water levels were generally around six inches lower than today.