It's Saturday morning and Diana and I were awake earlier than usual, but we didn't open the curtains till around 08:20. And that's when Diana announced that she had seen a heron. It had flown over the lake and landed on the boat dock, just beyond the bridge. Unfortunately, landing there meant it was lost to our view hidden by the reeds on the bank closer to the house. 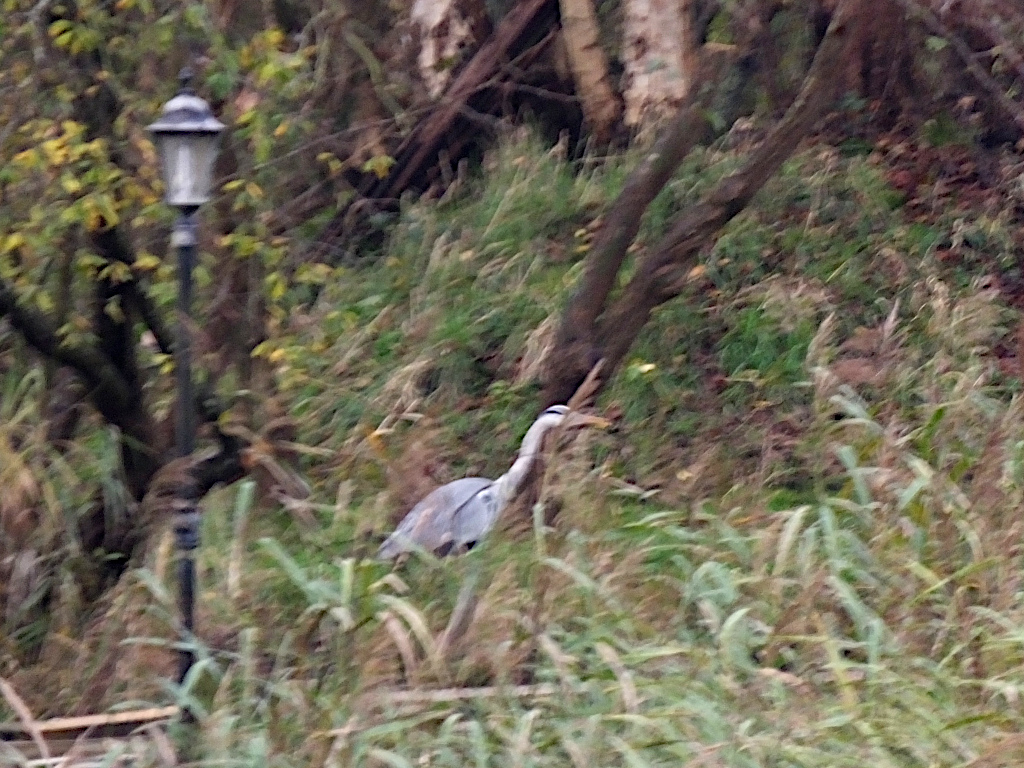 I got the camera and we waited for a couple of minutes, expecting to see the bird take flight, but when it did come into view it was walking round the edge of the lake along the path towards the Ruston Bench. It was still rather dark for decently illuminated photographs at maximum zoom and I wanted to try an capture something rather than miss a shot while increasing the ISO setting on the camera.

I didn't think I'd get a better shot than the first as the reeds were always going to spoil the shot of it, so I still didn't bother to play with the camera setting, but I did get one more which made it look as if it was about to dive on some fish. 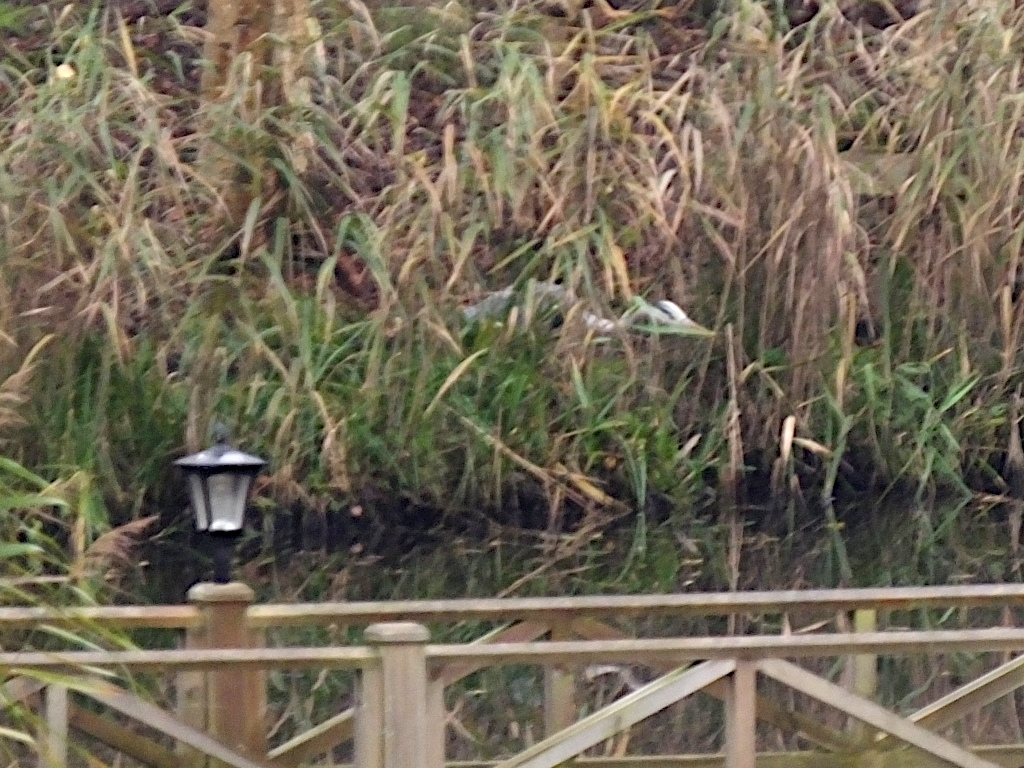 But it never did dive. Instead it moved further along the path and out of view behind the more solid vegetation on the tip of the island.