A Gathering of Geese

Although I can't find that I reported it at the time, it was in late March after the ice melted and around the time that the Duck House was investigated that our pair of geese got very territorial. The male chased away every other goose that remained or visited the lake. Once the female was on her nest all challengers seem to have been despatched and the pair was left in peace to raise their young.

After their arrival last month the second pair of geese have been come and gone with no challenges being made by either of our resident pair. This evening as Diana and I did one of our tours of the lake I managed to take a photograph showing all was at peace. I assume that this change in behaviour must be related to the fact that the gosling is now capable of flight. 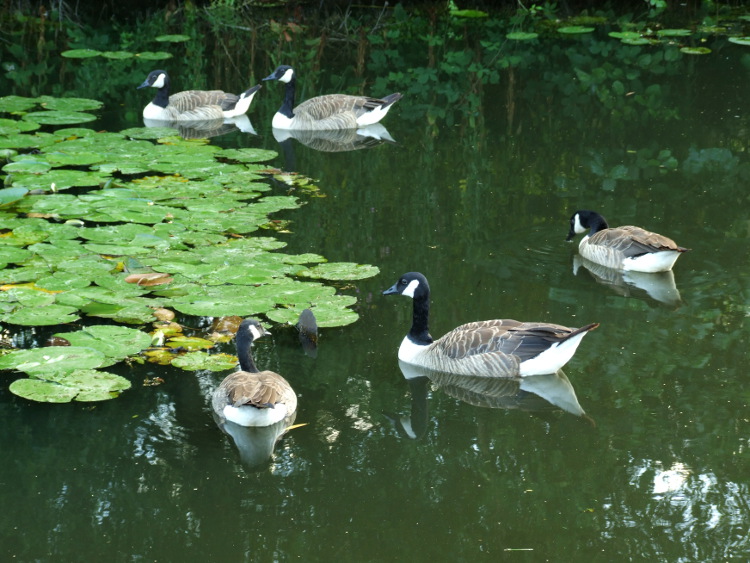 A week or so ago I was awoken to sounds of aggressive squawking from the geese. I jumped out of bed to see what was going on. A goose come through the gap from behind the cottages flying about six feet above the water. It turned right and flew towards the bridge leading to the island. And then stopped flying. There was a mighty splash as it crashed vertically downwards. I had to assume that this was the first flight of the gosling.

A couple of days later I was again woken to loud squawking. Again the gosling was in flight, but this time it turned left towards the house. I waiting for a terrible accident as it overshot the lake and crashed into the decking - but no, the gosling landed gracefully in the lake. 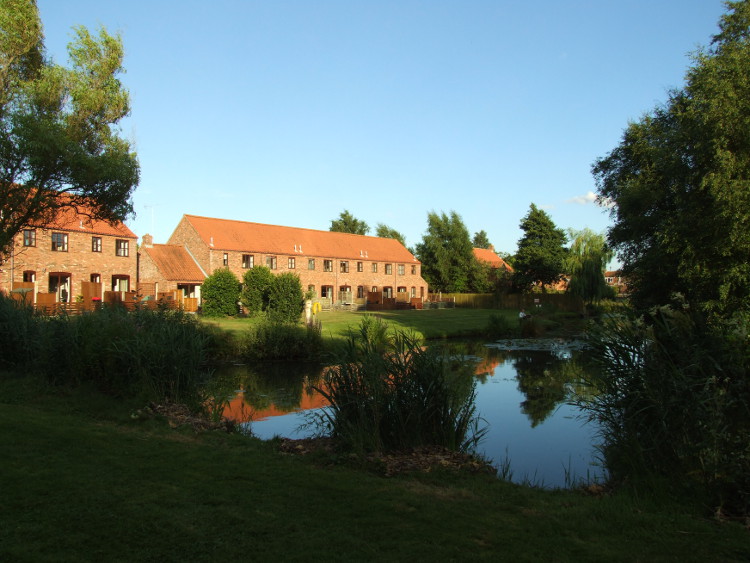 Having got the photograph of the geese, Diana and I continued our walk around the lake. It was a gorgeous evening and would have been just right for a barbecue, but none of those in the cottages had opted for one.