A Frozen Lake And The Tree House

It had been a chilly Sunday morning and things were still frozen just before 13:15, but the sun was out and almost welcoming you outside, so it was time for some photographs... 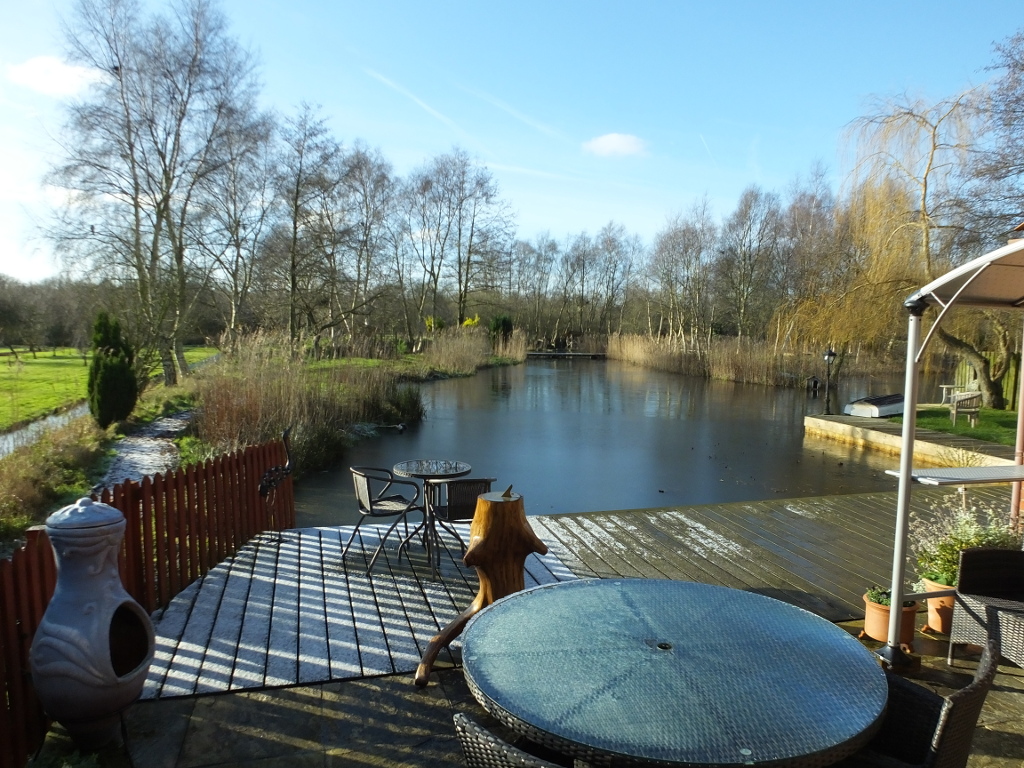 It was hardly worth calling snow on the decking, as it looked more like very deep frost, but it did make a pretty picture. 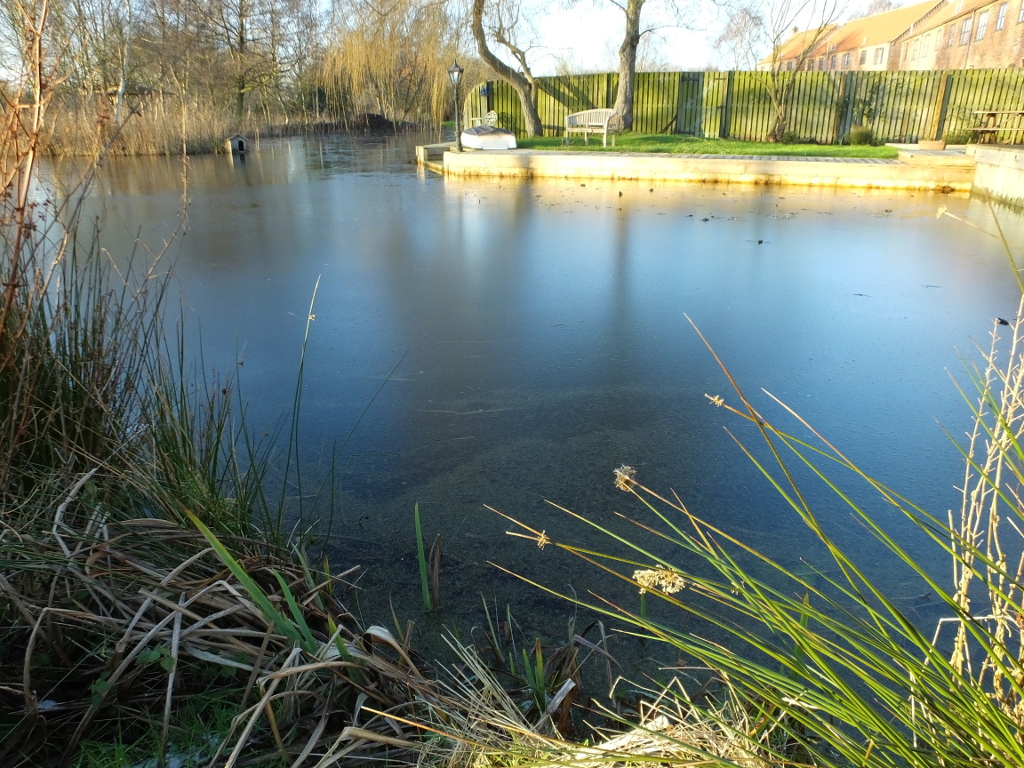 OK, so it wasn't that welcoming, at it was just after 15:00 before I left the house to take pictures that showed the lake was frozen. 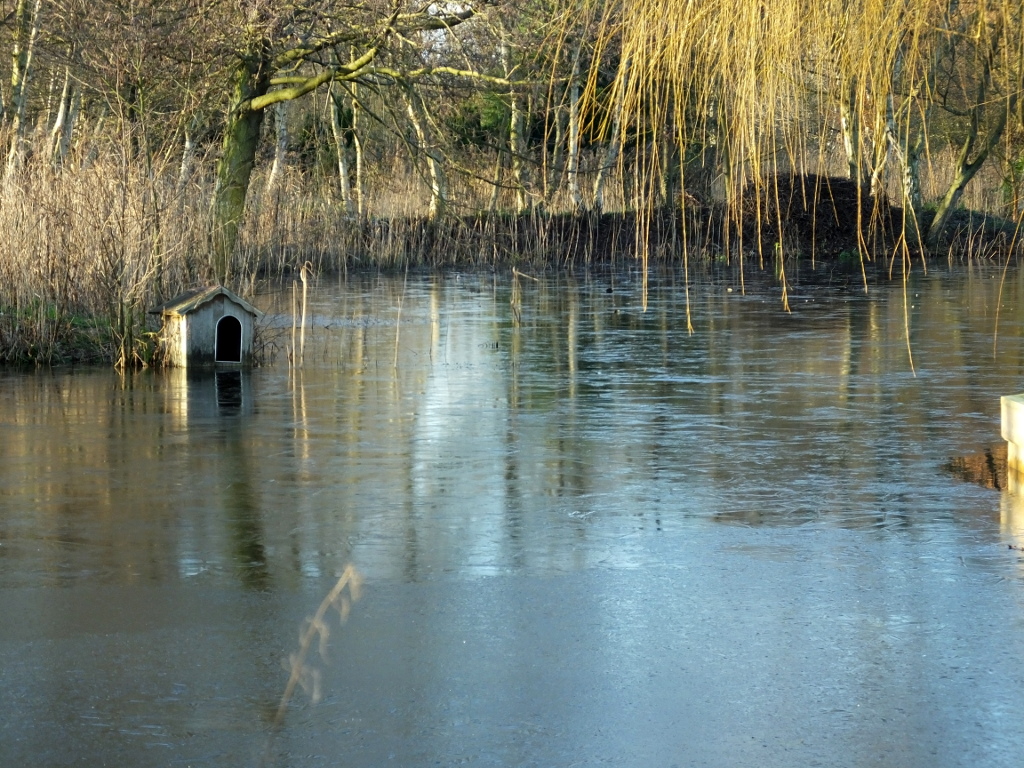 After yesterday's reports on High Water Levels a close up of the duck house shows a level that has never been higher in our time here. 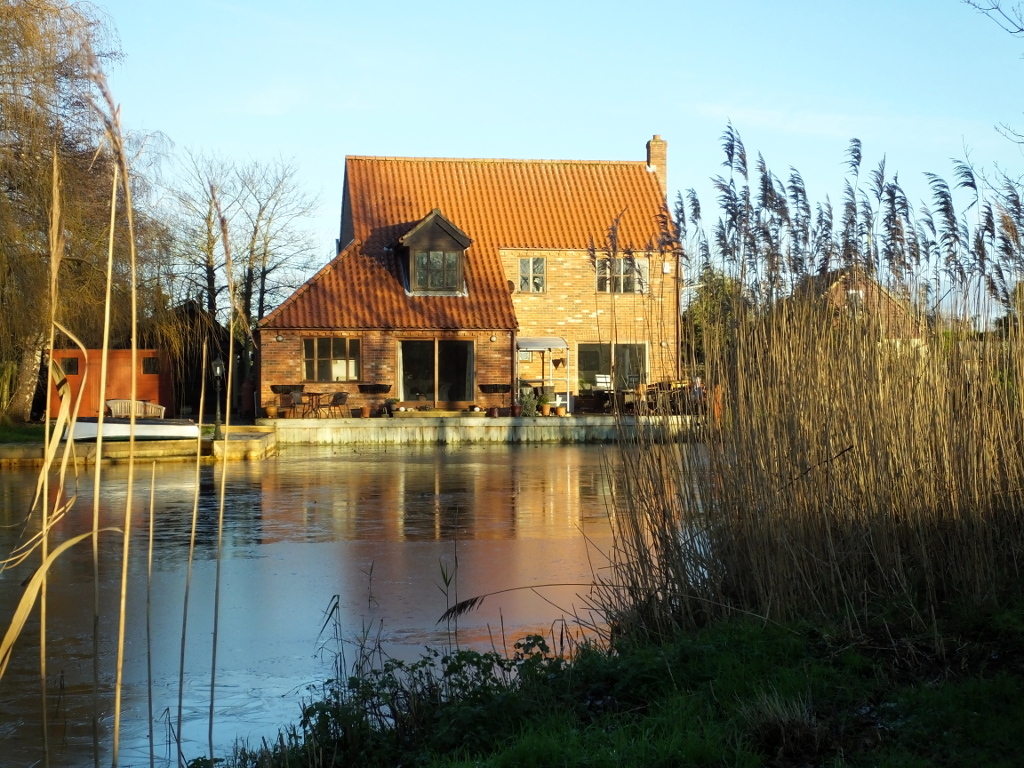 By 15:13 I was on my way back but that was only after I had made my way to photograph the board walk on the island. 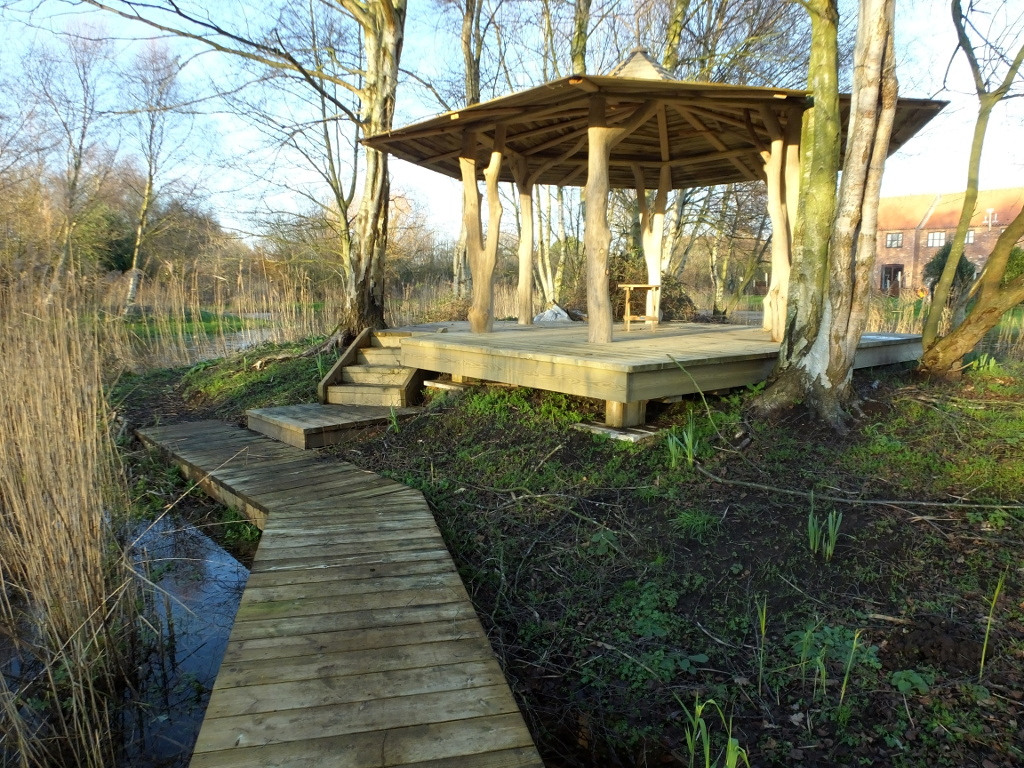 When we moved to Ruston House there had been a central spinal path on the island, with its branches to the various fishing stands. As we had no interest in fishing the plan was to have them removed. Soon the idea of creating a site on the island to have picnics and barbecues developed and that's how the idea for the raised viewing platform and "Tree house" came about. 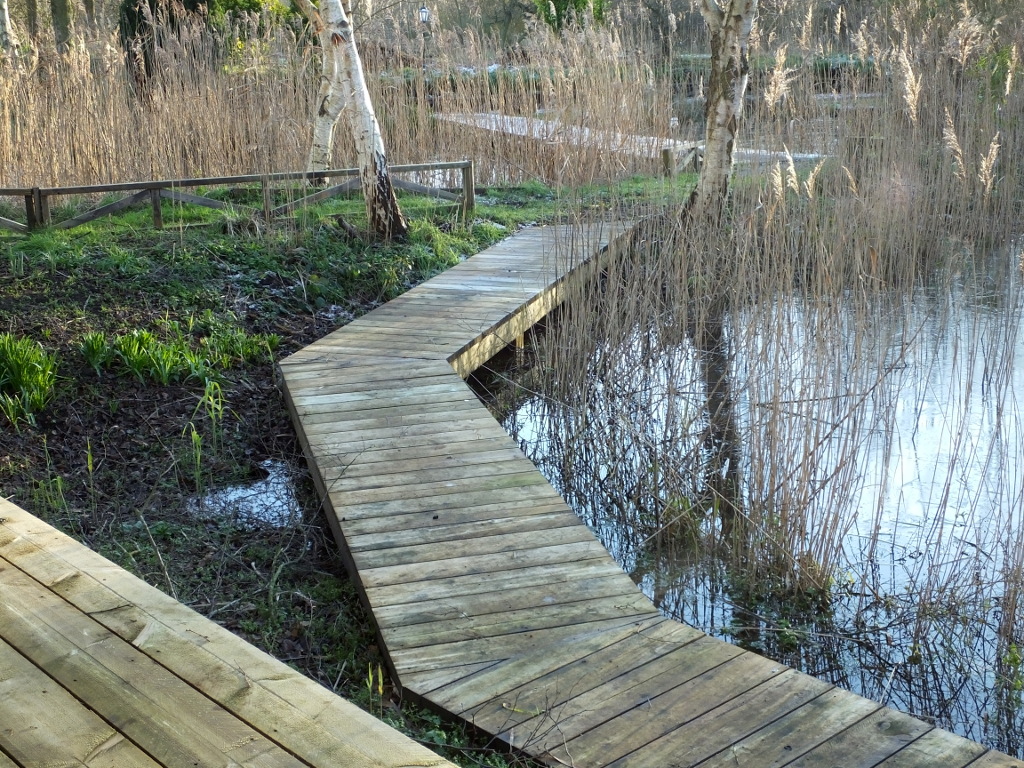 As an out and back route always seems less attractive than following a circular route back to your starting point a circular path was added to the plan. The main concern was that the direct route to the Tree House was going to pass over the softest and lowest ground. That's why it was decided that a boardwalk would be needed. With the water so high in the lake, now was the ideal time to check that the extra expense of the board walk really was justified. As you can see, it was! 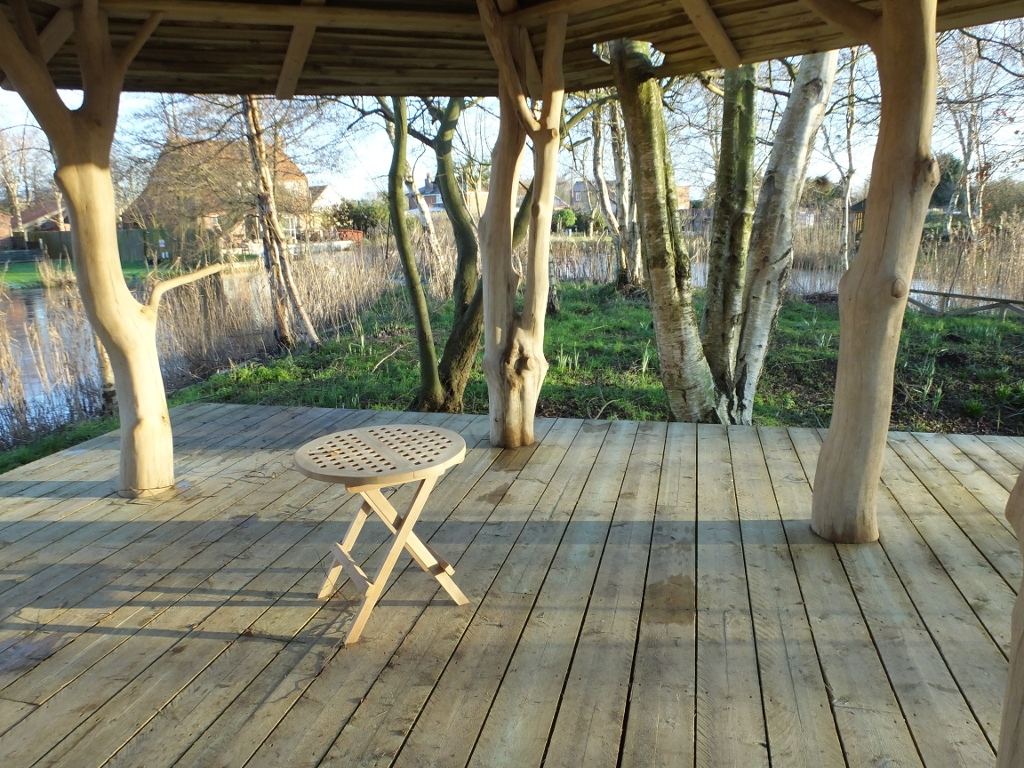 It was always our plan to focus the site on the area of the lake we call "The Pool", the side opposite the cottages, so the plan is to have screening of some kind on the cottage side of the platform - although in fantasy moments only the idea of using the tree house as a band stand and playing to an audience on the lawns behind the cottages was entertained!