It was just after 09:00 when, looking out of the bedroom, I saw a large bird standing on one of the fishing stands close to the house. I grabbed the camera and took some typically blurry shots through the glass. 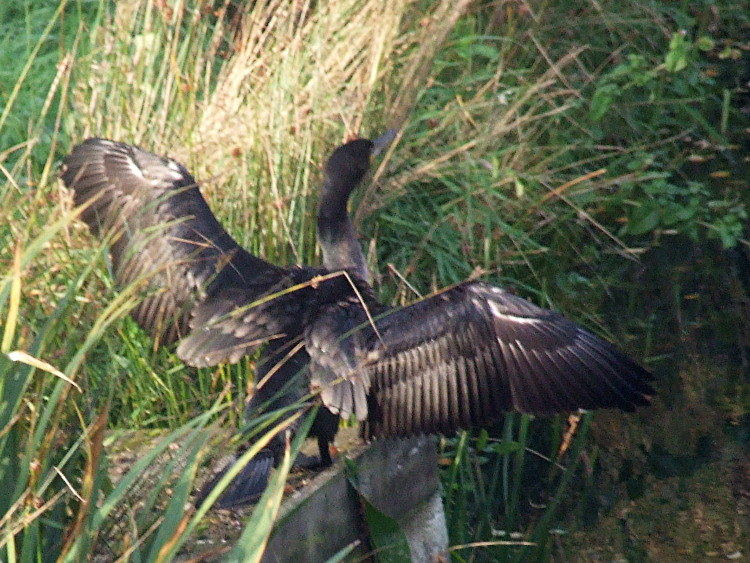 I was surprised at the posture with wide outstretched wings. It held this for some minutes, only drawing them in slightly in that time. Is this the kind of bird used to cold climes that needs warming up so spreads its dark wings to catch the maximum warming sun, or the reverse, so used to a cool climate that it was holding its wings aloft to catch the wind and assist in cooling? 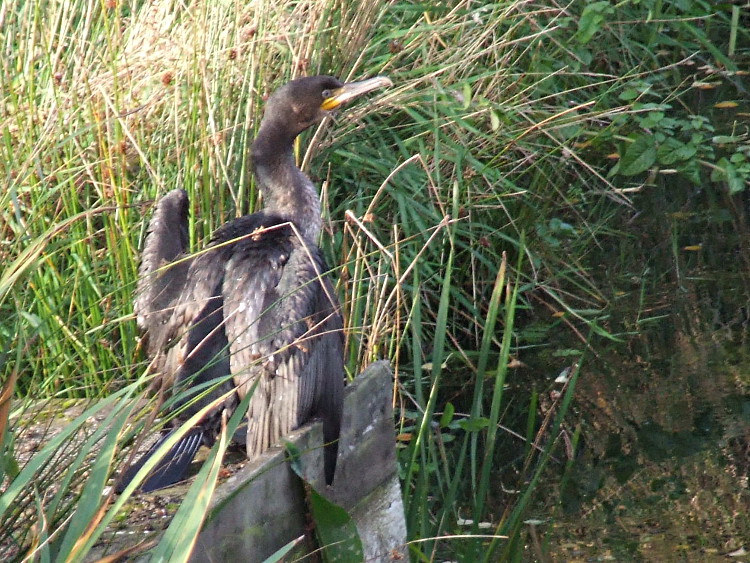 Eventually I went to the neighbouring room hoping to get a shot from a slightly better angle that showed off the amount of white plumage on its breast and under its wings. However, the noise of opening the window was enough to put it to flight and it was gone.

Re: A Cormorant Calls