It was just before 09:00 this morning when I looked out of the bedroom window to see a sight I first saw on 3 October last year. On exactly the same fishing stand as last time there stood a cormorant. 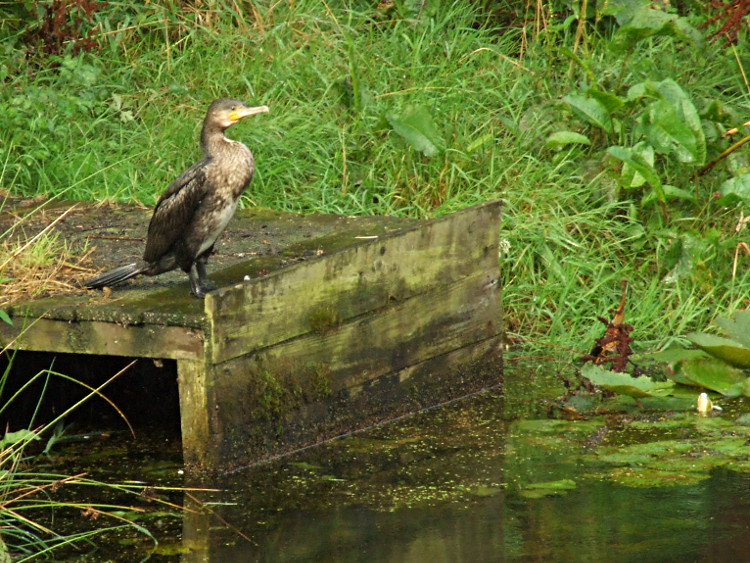 I stood watching it for about a quarter of an hour. After a few minutes on the stand it took to the water and then dived. It made a number of dives and it was near impossible to track where it was going to emerge. It would stay down for up to around 20 seconds before re-emerging at anything up to 20 metres from where it had gone down. 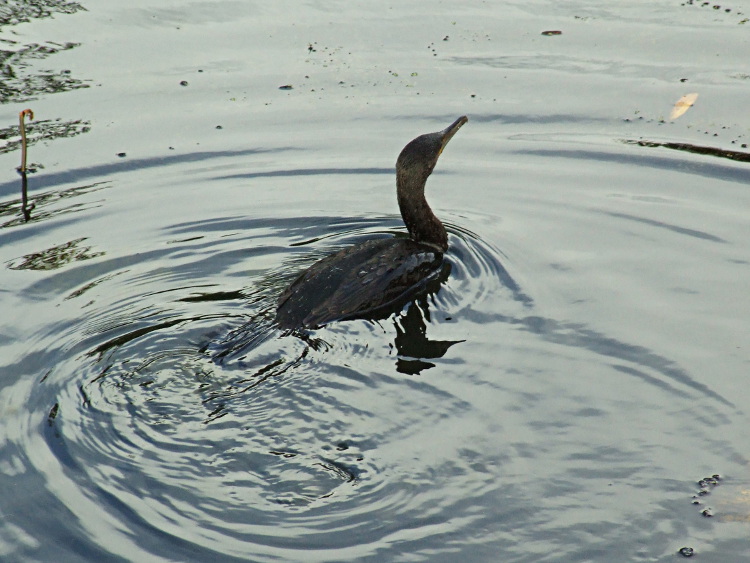 Here it had just emerged close to the house and instantly turned to head towards the centre of the lake again. 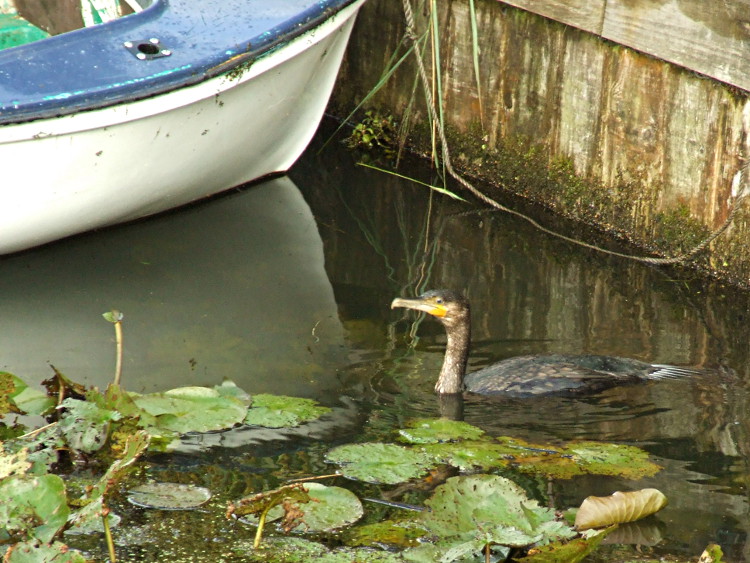 Next time it came up much closer to its dive point on the other side of the lilies near the dinghy. Shortly after this it flew to the bridge to the island and then took off not to return.

Given how everything has been so advanced this year it makes you wonder if this is an indication that a regular October visit is early this year. We can only wait and see what happens over the next week.