It was A Fortnight Ago that I opened the curtains to see a cormorant on one of the fishing stands. This morning the same thing happened again and again the bird was on the same stand. I didn't mention it then but last year I reported two more visits during that week in early October. If this is a repeat of the pattern of several visits then it is definitely happening much earlier this year. 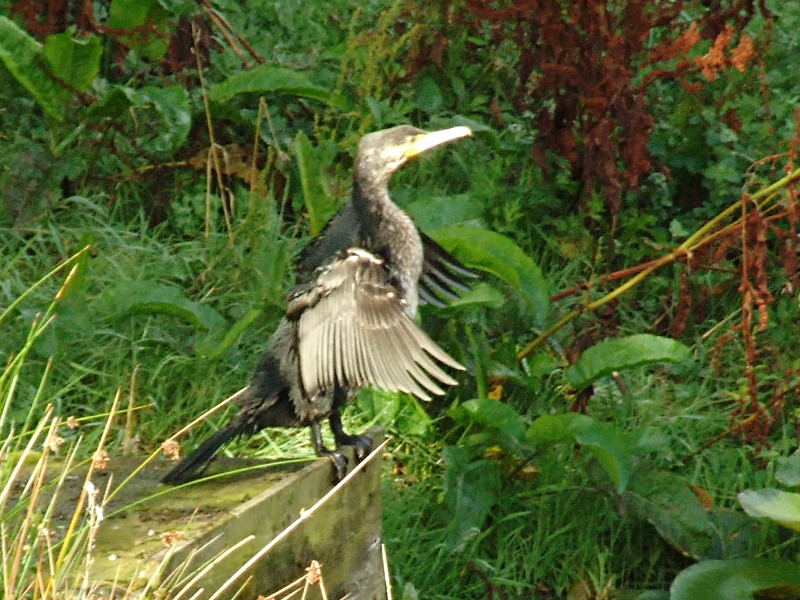 The first image I captured this morning, seen below, was taken a minute earlier than the close-up. I was anxious to capture the swan in the same shot as the swan often moves round the island towards the cottages. 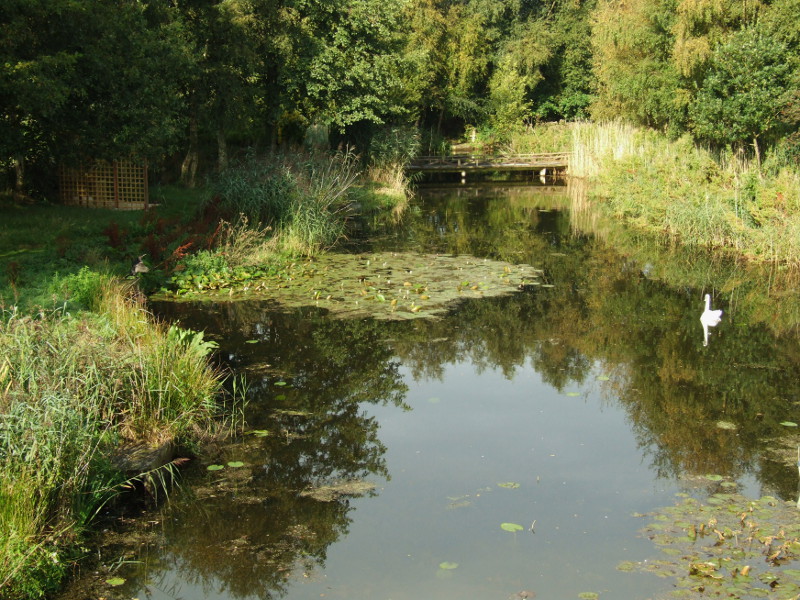 However, this time the swan moved closer and actually began to feed... 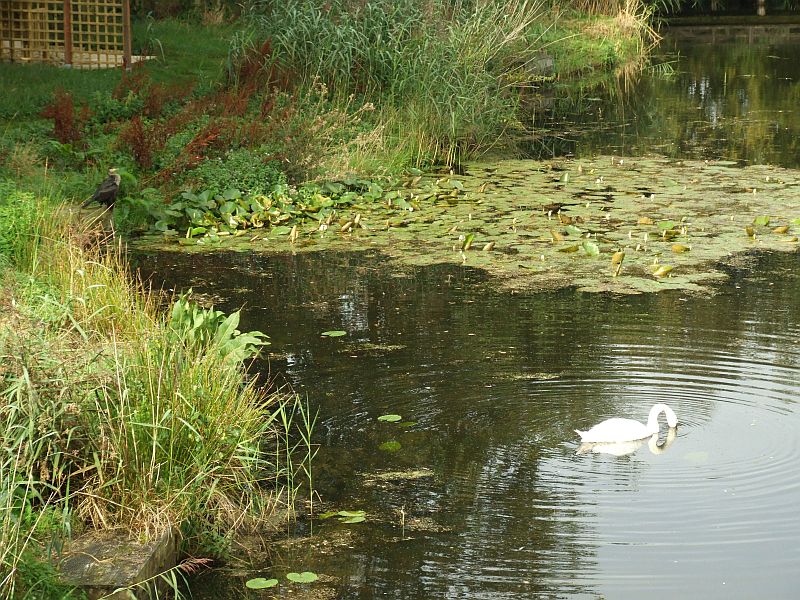 and was still there almost ten minutes later when I took my last photograph of the event. Presumably, before I had opened the curtains, it had been feeding and what I was witnessing was the after-feed drying off of its plumage. The cormorant continued to stand with outstretched wings for a while longer. Quite how long it stayed I can't tell as the next time I looked, it was gone.